Battles on the Serbian-Kosovar border! 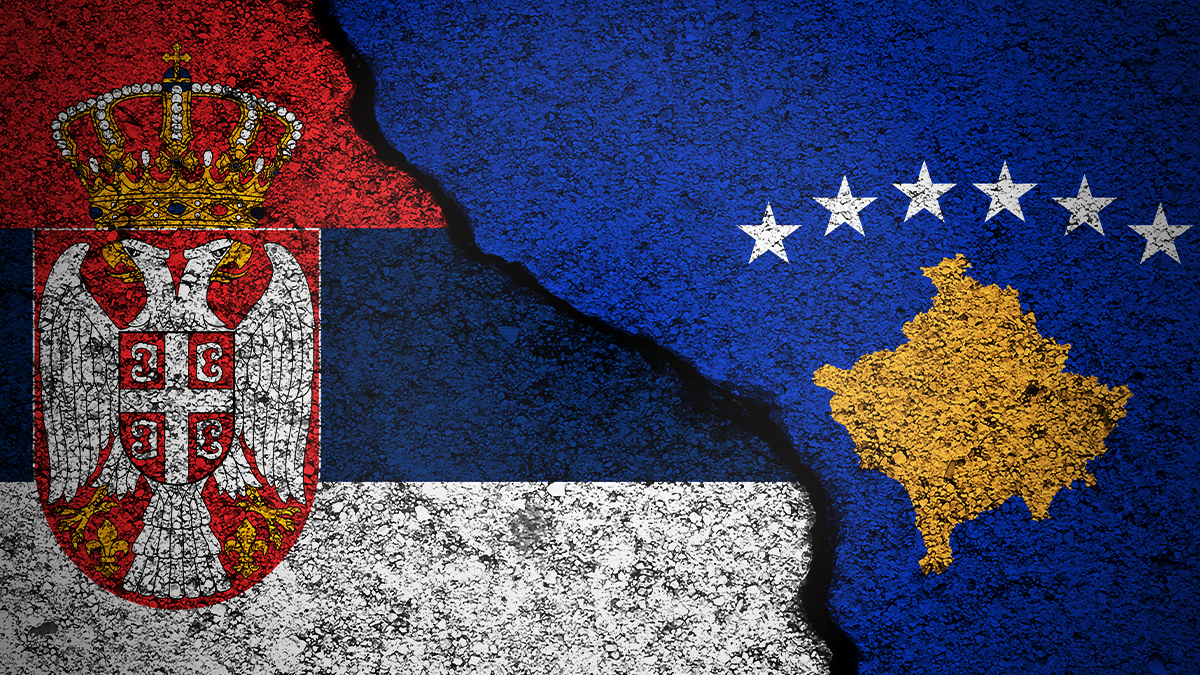 Armed clashes between the two sides have reportedly erupted on the Serbian-Kosovar border. In Mitrovica, Kosova, the air raid sirens wailed. Belgrade warns Kosovo against violence against Serbs.

On Sunday evening there were reports of armed clashes between Serbs and Kosovars on the common border. Kosovo, which Serbia regards as part of the historical heartland, unilaterally declared independence in 2008 and was quickly recognized as a separate state by the Bush administration and most Western countries. But since then there have been repeated skirmishes at the border.

The situation in Kosovo and Metohija escalated dramatically on Sunday evening after the Kosovan police closed the checkpoint on the border with Serbia. As a result, the Serbs took to the streets in northern Kosovo and blocked important highways. Police and the Kosovo Force (KFOR), a NATO-led international peacekeeping force in Kosovo, have been pulled onto the bridge over the Ibar River that connects the northern and southern parts of Kosovska Mitrovica, the news agency said TASS.

In international reports It reads: “Kosovo Police announced on Sunday evening that they had closed the Bernjak and Jarinje border crossings to traffic due to roadblocks being set up on those roads. The roadblocks were reportedly set up by local Serbs.” Rumors of gunfights between the two sides followed, and air raid sirens were blared in Mitrovica, Kosovo.

Meanwhile, the Serbian President, Aleksandar Vucic, called on television to remain peaceful. However, he warned the Kosovars against carrying out ethnic cleansing against Serbs. “All I can say is that we will seek peace and we will ask for peace, but I will tell you right now: there will be no surrender and Serbia will win if they try to persecute Serbs, to harass Serbs, Killing Serbs, Serbia will win!” Vucic said.

This shows that the situation is very heated and that Belgrade is willing to take up arms for the Serbian minority in Kosovo.

Nevertheless, additional security forces were apparently ordered to the border, according to reports:

Ukrainian MP Oleksiy Goncharenko, on the other hand, advocated that Ukraine (despite the ongoing war at home) send troops to Kosovo itself. He tweeted: “If Serbia invades #Kosovo, we should defend Kosovars. Ukraine is ready to act with our troops on the ground. Russia is trying to start an aggressive war. Exactly according to Putin’s method. As I said, #Serbia is Putin’s Trojan horse in Europe. A war is terrible anywhere in the world.”

But there are also voices calling for reason and not to take Belgrade’s saber-rattling too seriously:

However, one should also consider the possibility that renewed tensions on the Serbian-Kosovar border also fit into the CIA’s playbook. After all, Serbia is considered Russia-friendly, and flaring border skirmishes could help further tarnish Belgrade’s reputation in the West. According to the West, whoever sides with Moscow should also feel the consequences.

Whom Putin kills in Ukraine: Victoria was only 21 years old

Attacks on police officers on the ring: smoke bombs and bottles against officials