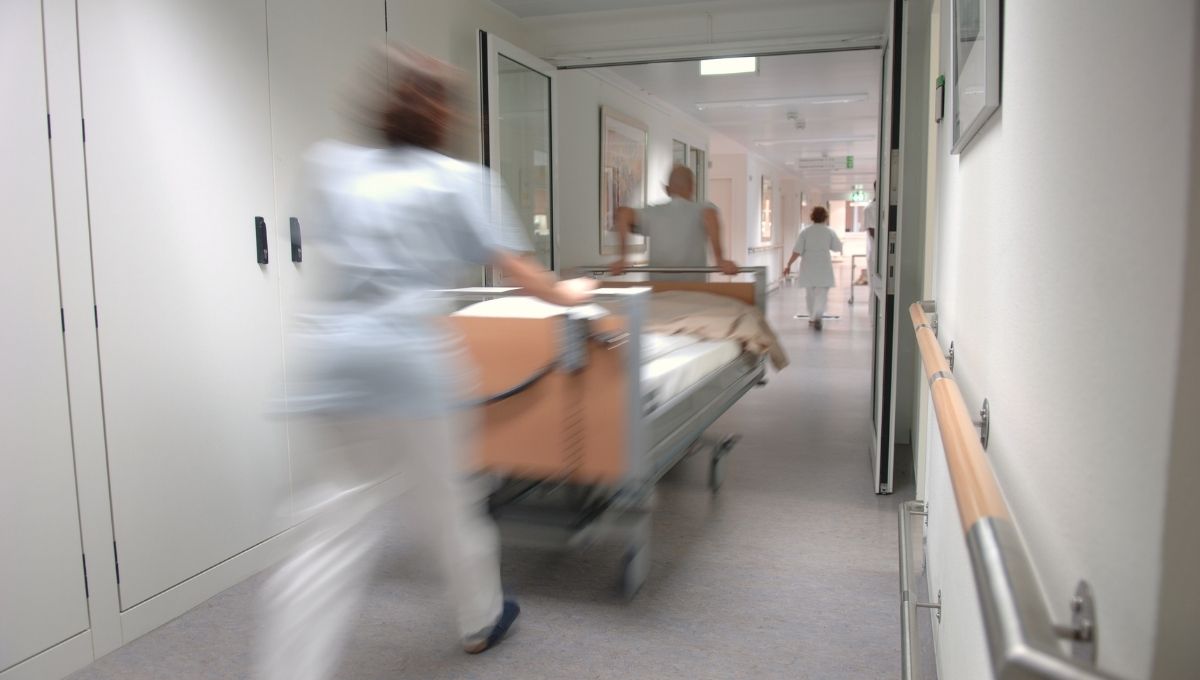 It would be the “change in the global climate” which would be responsible for premature births and strokes. You would be facing the greatest medical challenge of the century. There is nothing else that has changed since the beginning of 2021 and is strongly suspected of being the cause of numerous “sudden and unexpected” deaths. Or is it? The system media seems to be overdoing it a bit, their credibility turning to dust.

Of course, the part about the greatest medical challenge of the century might be true. If the worst fears of international experts like Sucharit Bhakdi are correct, then many who have had to undergo experimental gene treatment are in for a difficult time.

From the point of view of journalistic, even human honesty with the title and article of the MDR a final limit has been crossed. Of course, we have known for a long time that the system media are doing everything they can to cover up the real reasons for excess mortality and a declining birth rate. These cover-up measures are also understandable – if everything comes up, this could have massive legal consequences, including severe prison sentences.

There is currently no significant heat wave. Summer is extremely moderate after a few warmer days in June. Fear and panic temperatures above 40 degrees are far away, not even 35 degrees are currently being reached.

If you read the article in public law, you can see which way the wind is blowing. Because there is now an initiative called “Health for Future” – matching the extremist youth organization “Fridays for Future”. The name is no coincidence, the doctors of the initiative come from the German Alliance for Climate Change and Health eV “KLUG”.

14 percent more stillbirths “due to climate and particulate matter”

You have the cheek to speak of 15 percent more preterm births during heat waves – which, as I said, currently does not exist at all. In addition, fine dust would be to blame for increased premature births. Stillbirths would also increase by 14 percent!

These people obviously go over dead bodies in their ideological arguments and have absolutely no respect for human life. And it gets even more adventurous:

Even the risk of skin cancer can increase significantly when large-scale heat-related fires in Australia or near the Arctic Circle release enormous amounts of pollution into the atmosphere and destroy the ozone layer.

The MDR reproduces all of these non-scientifically confirmed horror reports without asking. These statements are taken for granted.

Strokes always increased, regardless of whether it is hot or cool

And it goes on: When the weather cools down, the risk of a heart attack also increases. All because of climate change. The heart would become “heat stressed”, would “beat arrhythmically” and then blood clots would form which could trigger a stroke. Especially when temperatures drop, “stroke weather” would occur.

That is why the so-called scientists are demanding that the healthcare system must adapt to climate change.

Where does the financing of “KLUG” come from, on whose homepage ideologically motivated fear and panic messages are spread almost every day? European Climate Foundation (this is also behind the deception of the public by means of “Climate Council”), Stiftung Mercator, DBU, Federal Ministry for the Environment (Germany), Federal Environment Agency (Germany).

The public is bombarded with re-education messages around the clock by the court and system media on behalf of the same “usual suspects”. Alternative media are countering this, but are almost powerless against superior human and financial power. Furthermore, it is to be feared that sooner or later they will simply be turned off and banned by the system favourites, who do not want to lose their privileges.

Why August 15th is a public holiday in Austria

“Gas war is ruining us – not Russia”: Wagenknecht against “sanctions madness”