Military experts have prophesied: the images of Bucha will repeat themselves. Now Putin’s forces have struck again: they shot at innocent civilians attempting to flee the station forecourt in Kramatorsk, killing at least 30 people. 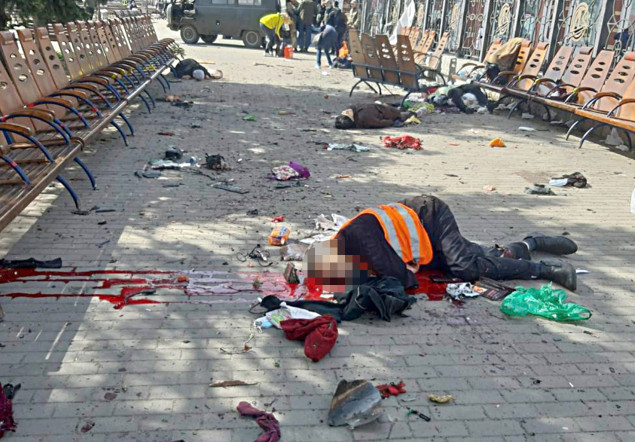 Kramatorsk in eastern Ukraine is one of the main points of contact for displaced people who want to leave the country and above all the Luhansk and Donetsk regions. That’s where Russian forces have now struck. Refugees live in fear of being killed at any moment. Dozens of them have just lost their lives at a train station in Kramatorsk. There are said to have been two rocket attacks on the station.

Pictures show dead civilians lying on the ground. With them all their belongings. All they have left. Their attempt to escape from the contested regions of Luhansk and Donetsk in eastern Ukraine has failed. Ukraine reports more than 30 civilians killed and over 100 injured. It is mainly about women.

The Chancellor’s Virus Sayer: How Ver… Do Supermarket Employees Feel?

3 years of Ibiza video: scandalous failures of the judiciary and police

Chancellor Scholz on the Ukraine crisis: “War is threatening again in Europe”

Change of boss at Volvo: Ex-vacuum cleaner boss becomes the new CEO of the car manufacturer