US President Joe Biden and his Russian counterpart Vladimir Putin sat across from each other for two hours. The subject of the video showdown was the impending invasion of Ukraine. First of all: the conversation could not defuse the tense situation.

The Russian bear is building up on the border with Ukraine. Tens of thousands of soldiers, a huge deployment of troops. The west is concerned. Joe Biden made it clear that an invasion of Ukraine would have “serious consequences” for Russia. But Putin also made demands. He wanted a guarantee that Ukraine would never become a member of NATO.

Biden announced that the US would provide Ukraine with additional “defense material”. And the NATO partners in the east will be strengthened in the event of further escalation. According to many observers, this could also mean a transfer of further US troops to the region. 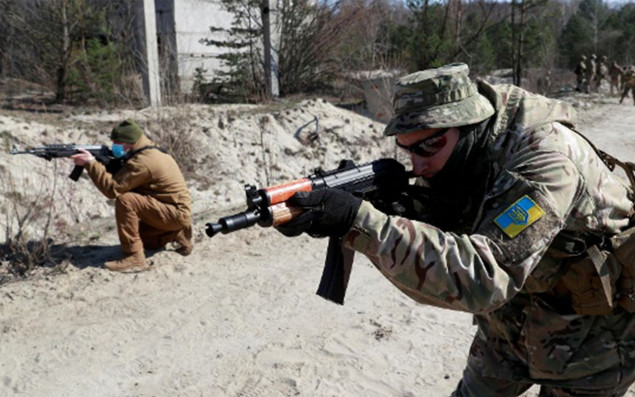 Ukraine is preparing for a Russian invasion.

Of course, the crisis on the Ukrainian border is having an impact on the whole world. In the event of an invasion – and the associated sanctions – Russia simply threatens to turn off the gas. But it is said that Putin did not make such open threats.

In general, the two opponents from the White House and the Kremlin were “statesmanlike friendly” – an agreement seems to be a long way off. So the Russian threat continues to exist. And the fear of a long and cold winter in Europe is not over either. 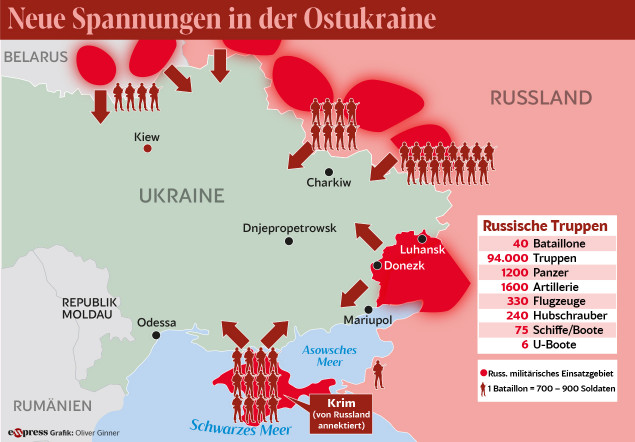 According to media reports, Washington fears an attack in December when the floors in Eastern Europe freeze and tanks no longer sink into the mud. Berlin security circles, however, evaluate the statements from Russia in such a way that Moscow no longer wants to tolerate the usual bilateral exercises between the USA or Great Britain and the Ukraine, as well as the delivery of US anti-tank weapons. Germany does not see an acute danger of war.

The situation is similar in Ukraine itself, reports “NTV”. She referred to a statement by the first deputy secretary of the National Security and Defense Council, Ruslan Demchenko, according to which the “risk of an invasion of the Russian armed forces in Ukraine” is “increased”, but currently no statement can be made about “how high it is Degree of military preparations of the Kremlin is ”. In his opinion, the military leadership uses the method of a “hybrid war” in which the enemy is manipulated by the “threat of a military invasion”. 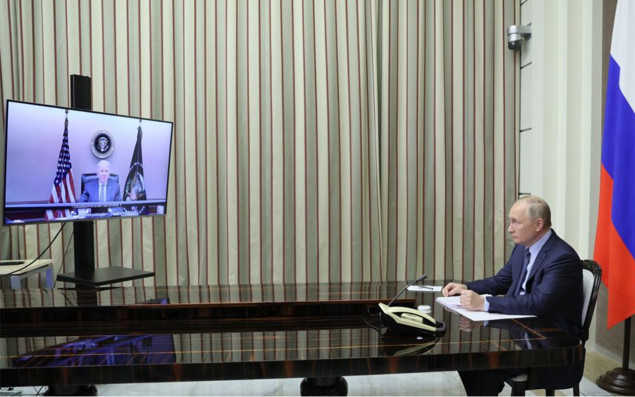 Biden and Putin talked about the situation in Ukraine for two hours. Due to the corona pandemic, the meeting only took place virtually.

Most read
1
Political All details about the law against vaccination opponents: Up to one year in prison
2
NewsThe experiment in Antarctica suggests the existence of a parallel universe
3
SportCompletely unexpected: Carinthian footballer (33) dies of heart failure
4
Corona New figures show who is actually on the intensive care units
5
eXXpressTVTV-Medicus: “Compulsory vaccination cannot be argued medically”
Tags: BidenhighNoonPutinshowdownUkraineVideo

“Hang up somewhere”: Opponents of vaccination planned murder of politicians

Is Evergrande tearing China into the abyss?