Viennese researcher describes the latest corona mutation as “the craziest”

Viennese researcher describes the latest corona mutation as “the craziest”

A new variant that recently appeared in southern Africa carries more than 30 mutations in the spike protein of the SARS-CoV-2 virus. It is apparently beginning to spread in the South African province of Gauteng. According to the Viennese geneticist Ulrich Elling, the special combination is cause for concern. The WHO has already become aware of variant “B.1.1.529” and will hold a meeting on Friday. 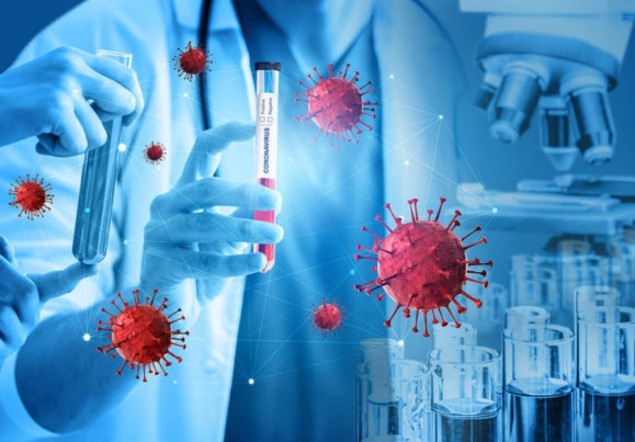 While the Covid 19 pandemic in the rest of South Africa is slowing down in the spring that is currently prevailing there, a massive increase in new infections has recently been seen in the Gauteng province. This is interesting because South Africa is actually relatively infected after previous strong outbreaks, according to the expert from the Institute for Molecular Biotechnology (IMBA) of the Academy of Sciences (OeAW): “Gauteng then attracts negative attention.” The sudden increase culminated in over 1000 new infections yesterday, Wednesday.

Among the few sequenced virus genomes from the region, the variant under the designation B.1.1.529 already accounts for around two thirds, according to Elling’s calculations. The first three confirmed cases come from Botswana, one case was detected in a South Africa vacationer in Hong Kong. The situation is still confusing, but the WHO is already discussing it, Elling said on Thursday in an interview with the APA.

Case increase in South African region could be related to B.1.1.529

Unfortunately, the variant combines a large number of mutations in the spike protein that are considered questionable. The experts count 32 changes, although the published data are still fraught with some uncertainty. According to Elling, it is astonishing that a variant could accumulate so many mutations. There are also three newly inserted building blocks in the sequence of the S protein. That “normally never happens”, says the scientist, who has been analyzing the protein in Austria with his team for many months. Among the many mutations, this is “the craziest”.

The part of the genome, which provides the blueprint for the point on the protein with which the virus docks to human cells (receptor-binding domain), is also greatly changed. The variant also has known changes on board that are associated with bypassing immune protection, as well as completely new changes.

WHO is holding a meeting on this tomorrow

In any case, further studies would be lacking in order to be able to better assess the danger. The new infection curve in Gauteng is clearly upwards. Measures are therefore probably needed quickly to avoid further spreading out of South Africa as far as possible, said Elling.

The South African Ministry of Health also referred to the situation in a briefing on Thursday. The expert Tulio de Oliveira pointed out that there are already 77 cases nationwide with the “very unusual mutation constellation”. Count ten mutations in the receptor-binding domain alone. There are around 50 changes in the entire virus genome.

According to the scientist, one “advantage” of the variant is that it can be detected using a PCR test: “This will help us to trace it back and understand how it spreads.” The outbreak probably began among students in the Gauteng region. It is impossible to say whether the variant originated in the region. De Oliveira referred to an urgent WHO meeting tomorrow regarding the variant.

She kicks and hits her horse: Witnesses film animal abuser

IN DETAIL: How to get your Meldezettel in Austria

Penalties are increased – it becomes expensive if the lockdown is violated