In Southeastern Europe only a minority is willing to be vaccinated against Corona. Widespread conspiracy theories play an important role in this. Likewise, the lack of trust in government institutions. 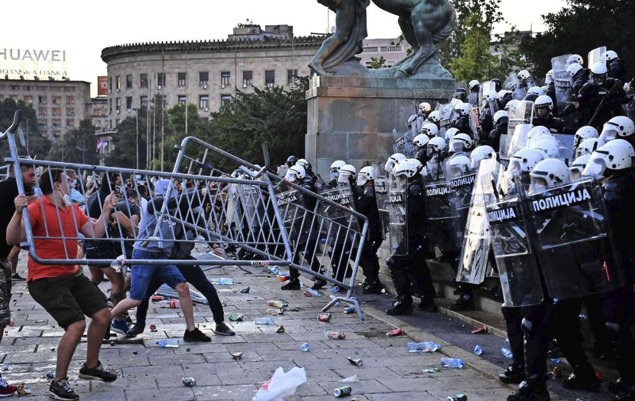 The vaccine supply in Serbia exceeds the ever weaker demand. President Aleksandar Vucic offered 25 euros to all those who had at least one vaccination. But the uncomfortable vaccination can be lured neither by bonuses nor by threatened cancellation of sickness benefits. But why is vaccination skepticism so gigantic in the Balkans?

In Bosnia, not even one in four citizens is vaccinated

While we in Austria, with a current vaccination rate of 70 percent, complain about how incredibly low this is not, a look at Southeastern Europe is enough to see that it can be even lower – much lower. Serbia started the corona mass vaccination much earlier than Austria and yet only 44 percent of all Serbian citizens are vaccinated. In Bosnia and Herzegovina, the value is even lower by half. Only 22 percent of the citizens there are fully immunized.

Great vaccination skepticism in the Balkans

With the exception of some states in the post-Soviet area, there is no region in the world where vaccination readiness is as low as in the Balkans, shows a new survey by the Gallup Institute. But why this skepticism? The main factors behind this condition are distrust of the government and politics, as well as a lack of trust in the health system. Misinformation and conspiracy theories are likely to play a major role.

A look into the past shows that there is another way. Almost 40 years ago, in 1972, Yugoslavia defeated the smallpox pandemic quickly and efficiently. Almost all of the 20 million residents were vaccinated within two months. How did that happen? With a compulsory vaccination for everyone.

Vienna’s cathedral priest outraged with statement: “No pity for those who have not been vaccinated”