In the debate about compulsory corona vaccination, there are more and more suggestions on how to deal with vaccination refusals. ÖGK General Director Bernhard Wurzer is now proposing that unvaccinated people, like the mother-child passport, should be excluded from state transfer payments or, for example, not be allowed to enroll at the university. 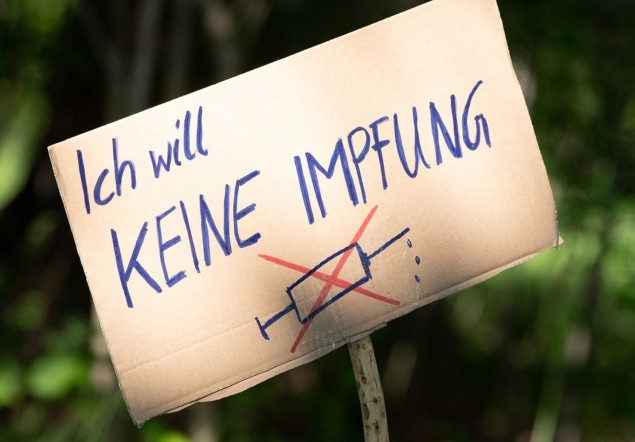 Debate on sanctions for refusal to vaccinate

In the debate about a coronaCompulsory vaccination There are more and more suggestions on how to deal with vaccination refusals. In addition to administrative penalties, there is also debate about a corona levy, deductibles or limited medical care for unvaccinated people in the event of corona disease. Intensive care physicians and the ÖGK general director Bernhard Wurzer spoke out against the latter two proposals on Wednesday.

Unrestricted health care for everyone regardless of lifestyle is “a value that we must not shake,” said Wurzer in the “ZiB1”. Instead, he suggests that unvaccinated people, as with the mother-child passport, be excluded from state transfer payments or, for example, not allowed to enroll at the university.

The Austrian Society for Internal and General Intensive Care Medicine and Emergency Medicine (ÖGIAIN) stressed in a broadcast on Wednesday that it was clearly against restricting the treatment of non-vaccinated people, including financial hurdles (such as deductibles). The intensive care medical societies are of the opinion “that this would be the end of a solidary society and a health system in which no one is denied support, regardless of whether a fate or illness occurred through or through fault”.

The ÖGIAIN states that “including the vaccination status when making decisions about the use of scarce intensive care resources (such as in triage situations) would not be acceptable,” the broadcast said. (APA / red)

Does Putin no longer believe in a diplomatic solution?

10 years in jail for anti-vaccination protests?