Ruth Pauli: At the limits of intelligence

Ruth Pauli: At the limits of intelligence

This seemingly endless pandemic is pushing us to our limits – of strength, performance, patience. Unfortunately, many also reach the limits of their intelligence. 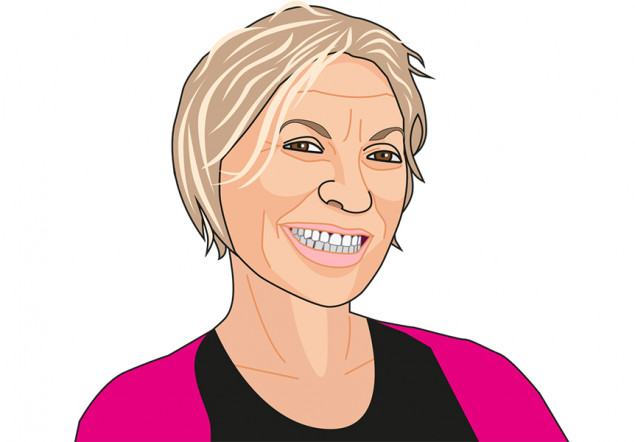 And by that I don’t mean the 40,000 who demonstrated on Saturday. The many perplexed, the many insecure among them should not be equated with the right-wing extremists who wanted to take them over. Unfortunately, the large number of vaccine skeptics makes it clear what rift is going through our society.

The vaccination skeptics are declared to be “fetzendeppert”, poorly endowed and dangerous to the public. A left-wing journalist, of all people, who likes to call himself liberal, is calling for the strong man because of her – in Portugal, too, a general has forced everyone on the needle. So here with an iron authoritarian hand? An otherwise emphatically left-liberal constitutional lawyer demands the compulsory isolation of vaccine refusers.

All of this stunned. Is that Austria in the 21st century?

The sense of community that was successfully appealed to at the start of the pandemic is gone. Too many hopes have been dashed. In contrast, the number of those who always wanted to know better in hindsight is unmanageably large: No journalist, no opposition politician who does not smile at or condemn the folly of those in power. As if anyone really knew something in this pandemic. What remains is a government that indulges in infantile apology rituals but cannot make its actions understandable. Not even the – justified – introduction of compulsory vaccination is able to justify it in such a way that the people it wants to address can follow it.

The truth is due

After one and a half years of being at the mercy of this virus, the truth would be due: Politics is lurching because science cannot provide a real basis for decision-making either. She too is overwhelmed.

The vaccination has not proven to be the panacea it was first touted as – but as a relief: With more than five million corona deaths worldwide, one should be grateful that it at least prevented the very serious course of the disease. That’s a lot: We also think of the suffering of cancer patients who cannot be operated on because the intensive care beds are full of corona patients, or of the resulting reduced chances of survival for people who have a heart attack or a severe one To have an accident. With the vaccination, we have it in our hands to spare the doctors the decision to whom to give an intensive care bed and thus the chance of survival and who not.

Finally talk to those who refused to vaccinate! Convince them instead of despising them. With the call for the “strong man” and forced isolation, we will achieve nothing – except for a permanently divided society.

Reader question: Will my children get an Austrian passport if born in Austria?