He is considered to be the godfather of the climate protest in Canada. David Suzuki now issued a warning to the entire world. Unless politicians do everything they can to reverse climate change, there will be attacks on the oil and gas infrastructure. 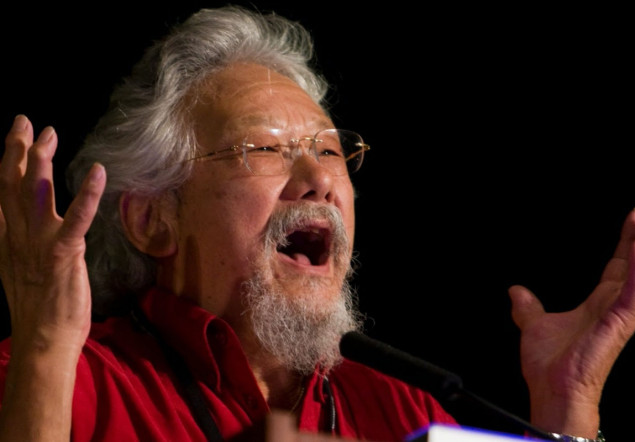 “We’re deep in the shit …”, Suzuki yelled into the microphone in front of members of the climate chaots of “Extinction Rebellion” in Vancouver. The next step from now on is that pipelines would have to be blown up if politicians weren’t listening, the activist said.

There would already be violence within the scene. Of course, he himself would reject it. And first and foremost, it is anyway the governments and companies that attack the protesters, he tells the National Post. There is now little room for protest – in the end, climate protection activists will have nothing other than violence.

Incidentally, Suzuki did not take part in this year’s World Climate Conference. Not just because he doesn’t want to fly anymore. “It’s the 26th conference,” he criticizes. “And now, for the first time ever, they have fossil fuels in their records. Is that progress? ”Asks Suzuki.

Alberta Prime Minister Jason Kenney condemned Suzuki’s statements as “dangerous”. “In Canada we can resolve our differences peacefully, without terror or violence”.

This incitement to violence by David Suzuki is dangerous, and should be condemned universally.

In Canada we resolve our differences peacefully and democratically, not with threats of terrorism or acts of violence.https://t.co/6qFXmgvOam

In Germany, too, a radical climate activist made people sit up and take notice. “Destroyed car showrooms, destroyed cars, sabotage in gas-fired power plants or on pipelines. That’s definitely going to happen next summer. I hear that from the movement, even from rather moderate actors, ”reports the 45-year-old climate protection activist and left-wing professional demonstrator Tadzio Müller in an interview. (eXXpress reported).

Most read
1
NewsEmployees of the left “Tagesspiegel” arrested as a smuggler
2
CoronaFinally: “Corona patient zero” found in Wuhan
3
PoliticalConstitutional lawyer Heinz Mayer calls for “compulsory isolation” for those who refuse to be vaccinated
4
CoronaMassive ridicule campaign against mandatory vaccination demonstrators
5
PoliticalSchallenberg: anti-vaccination demonstration is “an imposition”
Tags: activistattacksclimateoilpipelines

Not vaccinated because of corona: is there a measles epidemic now?