He is the personified goal guarantee at Red Bull Salzburg this season. Karim Adeyemi has now been awarded the “Golden Boy Web Award” in the online vote carried out by an Italian newspaper. 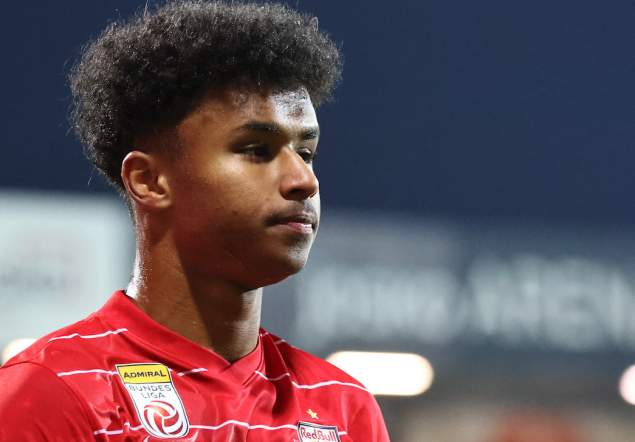 The German team player (19) was able to prevail in the fan vote among young professionals in front of the Blegier Charles De Ketelare from Club Bruges, as it became known on Monday. A total of 580,000 votes were collected. Last year, Barcelona’s Ansu Fati won the online poll.

The expert jury selected the Spanish team player Pedri as the “Golden Boy”. The midfielder from FC Barcelona prevailed well ahead of Dortmund’s Jude Bellingham. The prize has been awarded since 2003. Among the winners are players like Lionel Messi, Wayne Rooney, Paul Pogba and Kylian Mbappe.

Most read
1
NewsEmployees of the left-wing “Tagesspiegel” arrested as a smuggler
2
CoronaFinally: “Corona patient zero” found in Wuhan
3
PoliticalConstitutional lawyer Heinz Mayer calls for “compulsory isolation” for those who refuse to be vaccinated
4
PoliticalSchallenberg: anti-vaccination demonstration is “an imposition”
5
CoronaMassive ridicule campaign against mandatory vaccination demonstrators
Tags: AdeyemiAwardboyGoldenSalzburgStrikerwebwins

Study reveals: protection against corona is strengthened by a cold

Today in Austria: A roundup of the latest news on Wednesday