Colts running back Jonathan Taylor scored five touchdowns against the Buffalo Bills. He achieved a new club record and was only the 16th player to do this. Will he be the next National Football League MVP? 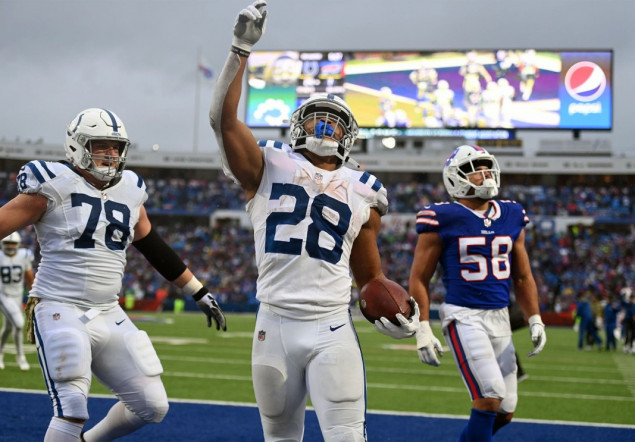 Colt’s running back Jonathan Taylor made headlines in the National Football League (NFL) on Sunday with an outstanding performance. In the 41:15 win against the Buffalo Bills Taylor ran for 185 yards and four touchdowns, in addition, got, he caught three passes for 19 yards and another touchdown – club record! Taylor is now the 16th player in NFL history to score five touchdowns or more in a game. Now the voices are getting loud: is the second round pick from the 2020 NFL Draft the new MVP?

The Bills fell behind the New England Patriots in their AFC East division. The AFC’s best team are still the Tennessee Titans, who, however, suffered their third defeat of the season on Sunday at 13:22 at home against the Houston Texans. Their counterpart in the NFC are the Arizona Cardinals, who hold nine wins and two losses after a 23:13 against the Seattle Seahawks.

Will Jonathan Taylor be voted MVP?

Terrorist alert in Denmark: Several victims after shots in a shopping center

Terrorist alert in Denmark: several injured after shots in a shopping center