New videos: Greeks protect their borders from migrants by all means

New videos: Greeks protect their borders from migrants by all means

Migrants are constantly trying to cross the border to Greece illegally. As the latest recordings show, they are prevented from doing so by Greece. Unlike a few years ago, Greece no longer lets migrants in unhindered by rattling. 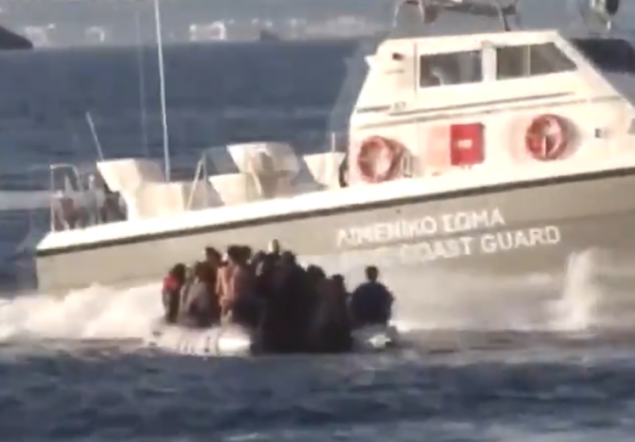 Gone are the days when migrants were allowed to illegally cross the border into Greece and thus into the EU. This is now shown by recordings from the Turkish Ministry of Defense. They show how Greek border troops are pushing back the migrants in rubber dinghies on the Mediterranean Sea. 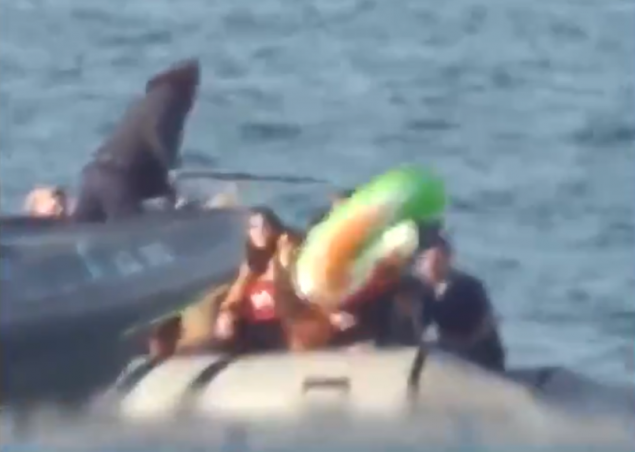 Turkey used the recordings to underline its own aid. “The Turkish sea guard rushed to the refugees’ aid,” writes the Turkish news channel TRT World, which broadcasts around the clock. TRT always represents the position of the Turkish AKP government. Critics see the station as the foreign propaganda channel of President Recep Tayyip Erdoğan. “The actions of Greece were also observed by Frontex and NATO ships,” remarked the station critically.

Once again, images from the Turkish Ministry of Defense show how Greek border troops are pushing back those seeking protection in the Mediterranean. The actions of Greece were also observed by Frontex and NATO ships. The Turkish sea guard rushed to help the refugees. pic.twitter.com/EzXldIO81T

At the height of the refugee crisis in 2015, more than 850,000 migrants from Turkey had come to Greece and thus to the EU within one year. The majority of these people then traveled to Germany, but also to Austria. Many had previously drowned at sea. The new Greek government has changed its refugee policy. It tries to prevent migrants from illegally crossing the border by all means – both on the high seas and in the countryside. 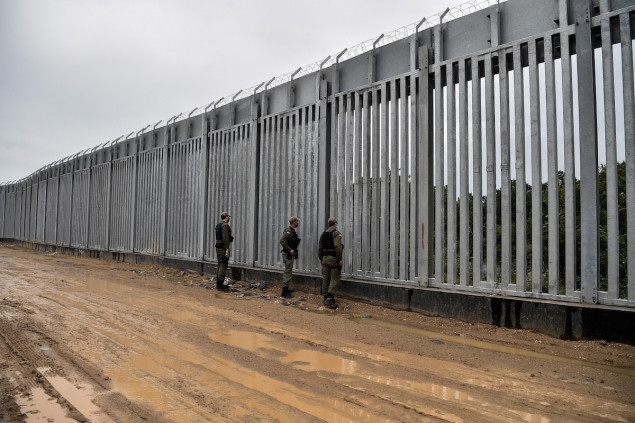 In the meantime, Greece has set up a 40-kilometer border fence including a monitoring system, as the eXXpress already reported. The Greek migration minister Notis Mitarakis highlights the steady decline in new arrivals across land and sea borders on his social media channels. The number of asylum seekers in the camps has also decreased drastically. New waves of refugees did not make him give in. After the fall of Kabul to the Taliban, Mitarakis announced: “Greece will not change its tough but fair migration policy.” Mitarakis recently declared the migration crisis in Greece to be over. Mitarakis rejects the allegations of NGOS, which see a violation of human rights.

Most read
1
NewsEmployees of the left-wing “Tagesspiegel” arrested as a smuggler
2
CoronaFinally: “Corona patient zero” found in Wuhan
3
PoliticalConstitutional lawyer Heinz Mayer calls for “compulsory isolation” for those who refuse to be vaccinated
4
PoliticalSchallenberg: anti-vaccination demonstration is “an imposition”
5
CoronaMassive ridicule campaign against mandatory vaccination demonstrators
Tags: bordersGreeksmeansmigrantsProtectvideos

Unemployment is falling by 20 percent in Vienna