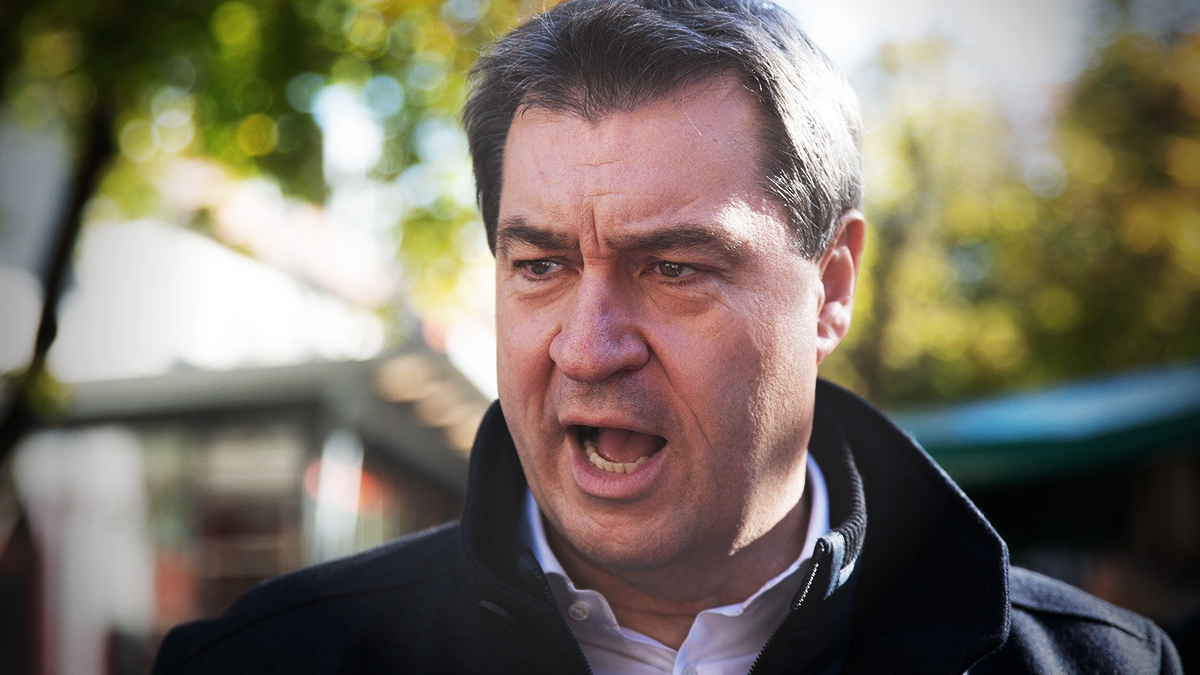 In Bavaria, of all places – the state of the most self-righteous German corona hardliner Markus Söder, to whom the unconstitutionality of his exit restrictions in the previous lockdowns has been confirmed by a court – the incidence has skyrocketed to over 635, in many places it is already included over 1,000. Cheers to the vaccination’s effectiveness. And Söder reacts exactly as it was to be expected of him: With the renewed shutdown of public life, combined with the demand for something that he himself had previously categorically excluded general compulsory vaccination.

Obviously one cannot wait to establish Austrian proto-fascist relations in Germany as well. In over a dozen Bavarian districts, everyone was locked down again at the weekend – including those who had been vaccinated. Ascending trend. So everything at the beginning.

This means that the nightmare of the previous year will continue in winter 2021 – and the Gelackmeierte are the countless double-vaccinated citizens who now received no freedom for their “2 pricks” propagated by Söder with religious zeal throughout the year, but at best a bratwurst – and now have to live again with massive everyday restrictions. Last year the watchword was: hard lockdown without vaccination, blame for everything the lateral thinkers and super spreaders. Now it is said: Hard lockdown with vaccination, the unvaccinated people are to blame for everything.

Particularly dramatic is the renewed cancellation of the Christmas markets, which have a centuries-old tradition, especially in Bavaria, and – for example Nuremberg – are world-renowned. On Tuesday, the Munich Christmas market, which should have started on November 22nd, canceled. Lord Mayor Dieter Reiter (SPD) justified the short-term and drastic step with the “Catastrophic situation” in the hospitals due to the massive increase in Covid infections. “Anything else would be an irresponsible increase in the risk of infection and, moreover, the wrong signal.” According to Reiter, it is his job to keep the hospital running smoothly. This is at risk from further infections. The city announced the Christkindlmarkt was a nice sign of normalcy, “But unfortunately, despite the possibility of vaccinations, we are currently far from this normality, also because not enough people have been vaccinated.”

It took less than three days until then – following the Munich example – all of the Christmas markets across Bavaria have been canceled; in one wash with the renewed nationwide closure of clubs and discos. The example has now been followed by one Large number of German federal states and municipalities. In the meantime, with the almost identical excuse of the next crisis being conjured up in the clinics (where the negligently reduced capacities previously under the eyes of an inactive politicians are supposedly at the limit and beyond, largely thanks to vaccinated patients!), The whole country is paralyzed – not only in Bavaria, but gradually in all other federal states as well. The rapid change from 3G to 2G to 2Gplus to total lockdown is taking place at such a pace that many no longer find time to discriminate and exclude the unvaccinated.

Stand operators are outraged and desperate

The market suppliers and stand operators of the Christmas markets, who had just completed their construction work, bought goods and hired staff in Nuremberg, Regensburg, Bayreuth or Munich, expressed horror and incomprehension about the exaggerated, unimaginative and abrupt decision of politics. Walter Kaiser, owner of a family business that has been selling almonds and apples at the Munich Christmas market for 65 years, spoke of his despair openly: “Our industry is on its own and has no significant income. All hope lay in the Munich Christkindlmarkt, and that was suddenly taken from us today. (…) For us it is incomprehensible that such a decision is made five days before the start of the Christmas market. We would have liked that this decision, if it turns out like this, would be made earlier. ”

One expressed itself even more clearly further stand operator: “I could cry, but I don’t want to anymore. We cried so much last year. “. The companies left alone can now be comforted with the same phrases that they heard the previous year: Once again, Munich’s mayor wants the administration have it checked, “How we can create a financial balance here.” Another winter like this, and there will be no one left to help – because most companies will have closed by then. And then nobody celebrates Christmas anymore.

Unvaccinated seniors face a fine of 100 euros a month

Austria to open shops on last advent Sunday after lockdown