Schallenberg: anti-vaccination demonstration is “an imposition”

Schallenberg: anti-vaccination demonstration is “an imposition” 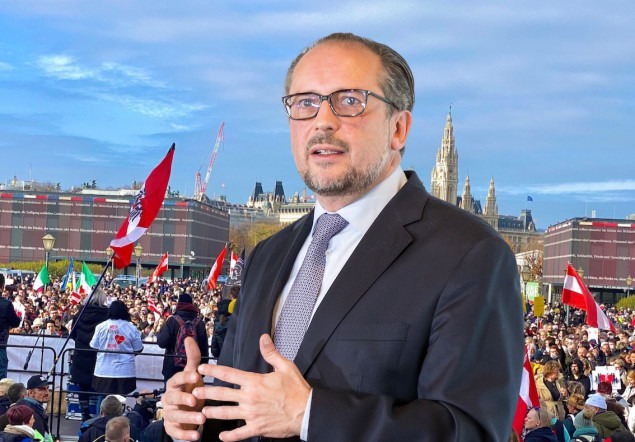 Schallenberg worries about “the health integrity of the police officers”.WHAT

Chancellor Alexander Schallenberg recently expressed incomprehension in an interview about the demonstration against the latest corona measures, such as mandatory vaccination. “There is a lot in this country that is difficult to understand at the moment, and that is definitely part of it.” The freedom of assembly is “one of the basic pillars of an open democratic society”, but as far as the protest on Saturday is concerned, the Chancellor’s opinion is clear: “That is actually an imposition” – especially with regard to the health of the police officers, for whose work Schallenberg has the “highest respect”. Literally: “This is ultimately also about the health integrity of the officers.”

Understanding of anger over “a minority that has not shown solidarity”

Schallenberg showed understanding for the many who “get angry when a minority who has not shown solidarity challenges the police in such a way”. He also understands the “anger of the vaccinated”. There is “a difficult psychological component to taking liberties away for the next three weeks from the majority of the population, who did everything right, who acted responsibly.” 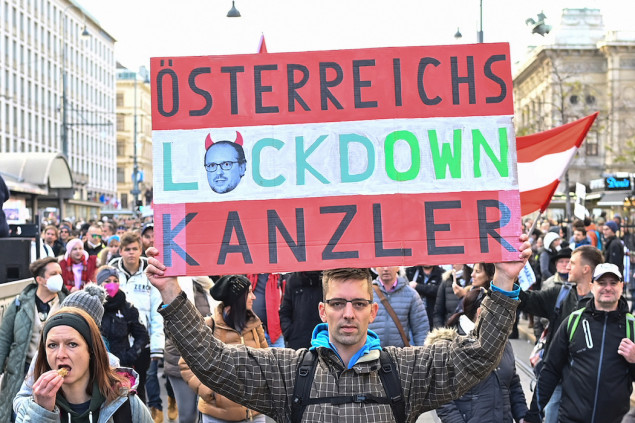 However, in an interview with the “Kronen Zeitung”, the Chancellor admitted that he had “viewed compulsory vaccination very skeptically” until recently. “But if a minority claims not to be vaccinated, then these people still end up in intensive care units and take other patients away.” In the long term, “compulsory vaccination is the only perspective with which we can get out of this vicious circle.”

And: “We don’t want to go through everything again in 2022, please. We have to get out of this endless loop and bring the infection process under control. ” Quoting the Austrian philosopher Karl Popper, Schallenberg emphasized: “’One cannot exercise tolerance towards the intolerant, otherwise tolerance dies.’ This is happening now, responsibility is inevitably turning into a duty. “

To Kickl: “It would be enough if he just kept silent”

In itself he is “someone who wants to bring people together and understand”, but at the moment he is “occasionally reaching my limits”. With a view to FPÖ boss Herbert Kickl: “To recommend a de-wormer that is intended for animals, that is a degree of irresponsibility, of denial of reality, for which I as a rational person can no longer muster up any understanding.” Regarding Kickl’s statements that Austria is now a dictatorship: “I don’t expect any apology from him, it would be enough if he just kept silent.”

When asked about the term “Mr. Chancellor Columnsberg” circulating in social networks, the Chancellor replied: “To be honest, that is irrelevant to me.”

Most read
1
Corona Austria-wide lockdown fix: These are the details
2
Political ZDF reporter tough: “Don’t you want to apologize to the people?”
3
NewsNerves are on the nerves: major alarm before corona demos – Strache included
4
NewsStreet battle with the police: migrant gang terrorizes Linz
5
CoronaSchools: Voluntary presence – that is what children and parents now have to deal with
Tags: antivaccinationdemonstrationimpositionSchallenberg

Doskozil sure: Federal government will decide on lockdown