A gang of 14 thieves loots the Louis Vuitton shop

A gang of 14 thieves loots the Louis Vuitton shop

A gang of 14 thieves was filmed last Thursday robbing $ 120,000 worth of goods from a Louis Vuitton store in suburban Chicago. The criminals waited for an armed security guard to pause to storm the store at Oak Brook Center and be off with the designer products in seconds. 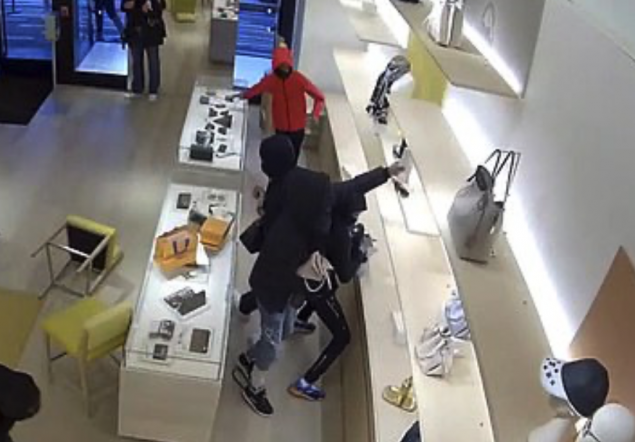 Within a few seconds, the 14-strong gang robbed the storeDaily Mail / Archivfoto

A gang of 14 thieves stole goods worth about $ 120,000 in broad daylight. The scene of the crime was a Louis Vuitton store in the Chicago area, police said. A shocking video shows the gang entering the store at Oak Brook Center one after the other last Thursday after an armed security guard took a short break.

Although the thieves escaped in three separate cars, police were able to locate the gang yesterday, Friday, and now have vehicle and driver’s license information on the suspects. Police are also working with the Illinois Attorney General to find out if the crime is linked to a similar robbery of Louis Vuitton last month.

When the criminals were in the shop, the thieves pulled garbage bags out of their coats and jumped into every corner of the shop to stuff their bags with designer products. Some of the thieves took everything they could carry. In a matter of seconds, they all ran out of the store, which was about 30 kilometers west of downtown Chicago. 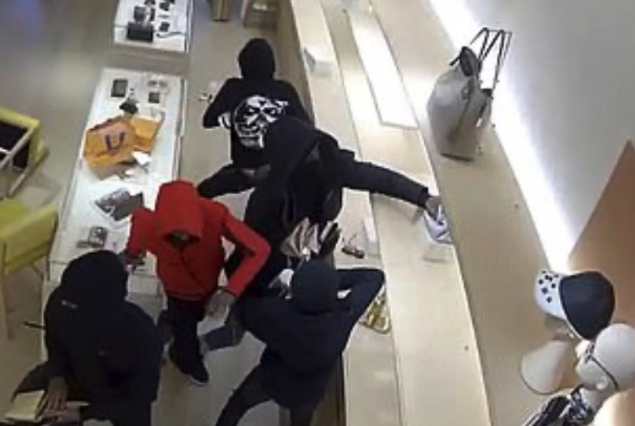 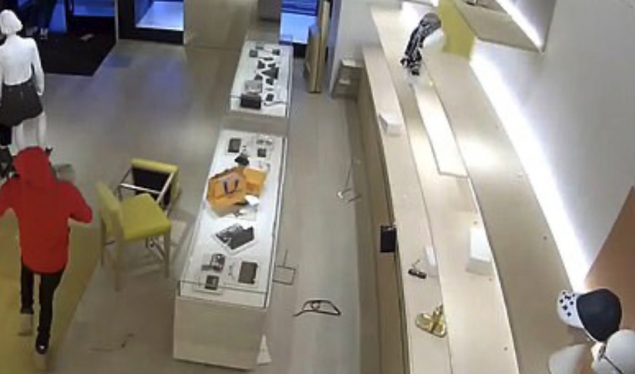 Most read
1
Corona Austria-wide lockdown fix: These are the details
2
NewsStrong forecast: the snow will come in seven days
3
Corona Numbers on the table: so many corona deaths were vaccinated
4
Political ZDF reporter tough: “Don’t you want to apologize to the people?”
5
PoliticalScandalous photo from the Ministry of Justice calls into question political independence
Tags: ganglootsLouisshopthievesVuitton

Terrorist alert in Denmark: Several victims after shots in a shopping center

Terrorist alert in Denmark: several injured after shots in a shopping center

Stop the Covid vaccination of children and adolescents!

Dominic Thiem before the French Open: Can we finally win again?

TV-Medicus: “Real” lockdown would have made sense