Our neighbors in Slovenia: “No more ‘Refugees welcome’”

Our neighbors in Slovenia: “No more ‘Refugees welcome'”

The Slovenian Interior Minister Aleš Hojs found unusually harsh words on Thursday at an international conference on (illegal) migration and refugee movements. Not least in view of the migration crisis that is currently taking place on the border between Belarus and Poland, he made it clear: “We are no longer welcome refugees” 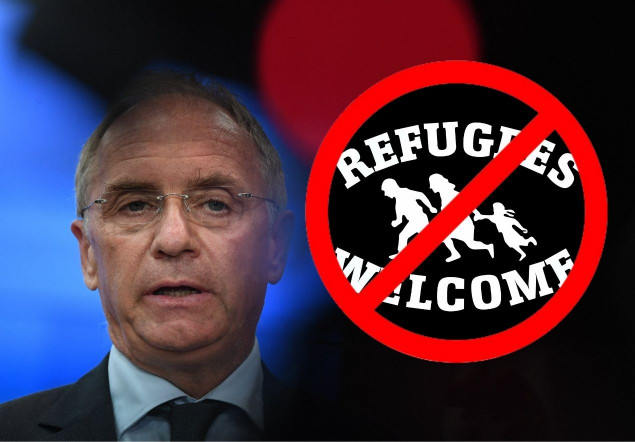 At an international conference on (illegal) migration and refugee movements in the Bosnian capital Sarajevo, the Slovenian Minister of the Interior, Aleš Hojs, spoke on Thursday, not least in view of the Belarus migration crisis and the images that were recently seen of the Polish-Belarusian border , unusually harsh plain text. Hojs compared the current situation with that of 2015, when the EU took in around one million refugees and migrants, most of whom came from Syria – with one major difference: “There is no longer a ‘Refugees Welcome’”, he said Slovene interior ministers tough, alluding to the slogan of many NGOs, charitable groups and various parties that was omnipresent during the refugee crisis of 6 years ago.

The current situation is very similar to that of 2015, when the EU took in around one million refugees and migrants, primarily from Syria – but there is a big difference today: “There is no ‘Refugees Welcome” anymore, “said Hojs, referring to the Slogan of many NGOs, charitable groups and various parties.

Most recently, German media reported, citing EU documents, that most of the smugglers provided who wanted to transport migrants from Poland to Germany come from refugee countries such as Syria, Afghanistan and Iraq and consequently live in Germany as asylum seekers or recognized refugees. However, only very few are originally from Belarus or Poland itself.

Hojs was confident that the influx over Belarus would stop once Poland effectively secured its eastern border. He told the media that the crisis would end in spring at the latest and spoke out clearly in favor of building fences and other fortifications.

The EU governments have “long been grappling with the corona pandemic, with a sustained influx of migrants and a ‘hybrid war’ from Belarus on the EU’s eastern border,” added to the case of the government in Afghanistan, according to Hojs . All of this has destabilized the Union, said the Slovenian Interior Minister, who has been in office since 2020. According to this, the EU must devote itself more to protecting its external borders and deter people who are no longer welcome. The conservative politician emphasized that no one would be allowed to use migrants for political purposes.

Most read
1
Corona Austria-wide lockdown fix: These are the details
2
NewsStrong forecast: the snow will come in seven days
3
Corona Numbers on the table: so many corona deaths were vaccinated
4
PoliticalScandalous photo from the Ministry of Justice calls into question political independence
5
Corona Epidemiologist warns: 2G makes the virus spread faster
Tags: neighborsrefugeesSlovenia

Because of Omikron: Oil prices collapse by more than ten percent

Saxony: The next German state is following suit with lockdown

That too! Sex may be prohibited in lockdown