Formula 1 war goes into the next round

Formula 1 war goes into the next round

Fourteen points separate Red Bull and Mercedes with three races before the end of the World Cup season. Taunts and mutual accusations further aggravate the key in the title fight. The mood between Red Bull and Mercedes has been bad for a long time. Since the race in Brazil, however, there has been an acute risk of explosion. 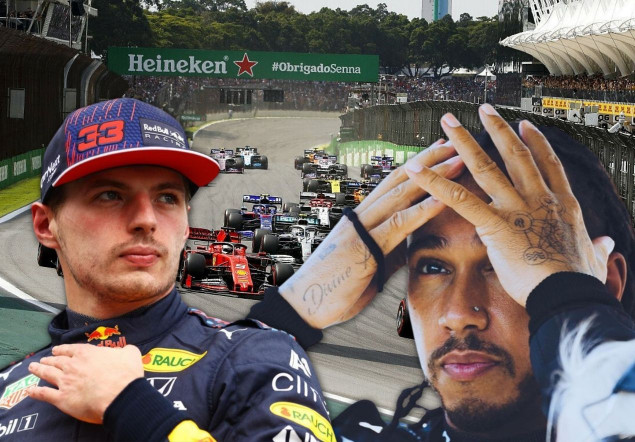 World Cup duel Verstappen against Hamilton goes into the next roundWHAT

I’ve always been very diplomatic in the way I discuss things. But diplomacy is over ”, an angry Toto Wolff angry in the direction of the competition.

First there was Hamilton’s subsequent disqualification due to an irregular rear wing in qualifying. Red Bull had started the investigation. Mercedes itself will from now on question every tape on the car, announced Wolff. Hamilton had to start the sprint from last place, but managed to catch up in 5th place. Due to a penalty due to another engine change, this meant starting position 10 in the race.

In the final section of the World Cup, Mercedes is now on the upswing. The reigning champion Hamilton has reduced the gap to Verstappen to 14 points, mainly thanks to the new engine.

It even amazes the bulls: “I’m amazed by the speed on the straight, it’s from another planet,” said Verstappen’s team-mate Sergio Perez. “Mercedes has succeeded in conjuring up such a rocket in this crucial phase”, motorsport consultant Helmut Marko had to admit. There are only three races left on the calendar, with the next duel in Qatar on Sunday. “We still have a good lead in points,” said Verstappen, at least on the outside.

Should Brits in Austria get the Article 50 card if they have EU citizenship?

Bill Gates calls for penalties for mask and vaccine critics

Hacker attack in Carinthia: Corona tests and passports published on the dark web