“It can happen at any time, no matter where or when. Every citizen must expect to be checked. ”Interior Minister Karl Nehammer (ÖVP) announced controls on a large scale. This became a reality on Monday evening for guests of the Viennese restaurant “Fabios”. 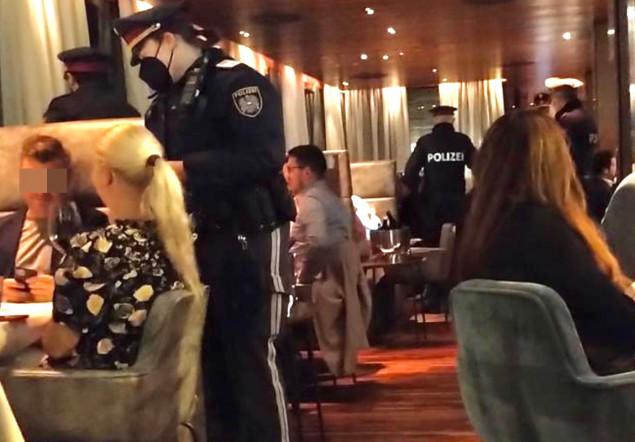 The guests of the Viennese restaurant “Fabios” were disturbed by a “2G raid” while they were eating.eXXpress

While Chancellor Alexander Schallenberg (ÖVP) ruled out a lockdown for vaccinated people and a night curfew in a special edition of the ZiB, guests in a Viennese restaurant had a completely new experience. A “2G raid” was on the agenda. And that could have been expensive: “Not participating” in a control alone costs up to 1450 euros.

“What others do is up to them”

After all, the controls seem to be working. In many other things, however, the federal government threatens to sink into chaos. At first, Federal Chancellor Schallenberg could not gain much from the ideas of Health Minister Wolfgang Mückstein (Greens) in the “ZiB”. The night curfew for vaccinated people, for example, which Mückstein brought into play, was clearly rejected by the Chancellor. “It is his right that the health minister has put various measures on the table, the sense of which is an open question,” but that is not the current line of government and also not that of the current resolutions. “I will certainly not speculate about further measures here. If others do that, that’s their business. “

There will be no summit

And then Schallenberg also canceled the crisis summit (supposedly) planned for Wednesday. “No, it is not planned and I don’t know anything about it,” replied the Chancellor when the ORF moderator asked. “I don’t know there is a summit. So there won’t be any either! “

Have you already been checked by the police?

Are we heading into World War III?

“Fake News”: Facebook locks out the vaccination critics of the MFG