The exercise “Energie21” held in several federal states was intended to prepare for a long-term power failure, but Herbert Saurugg, Austria’s most important expert in this field, now criticizes it as a pure “show exercise”. How well are we actually prepared for a blackout? 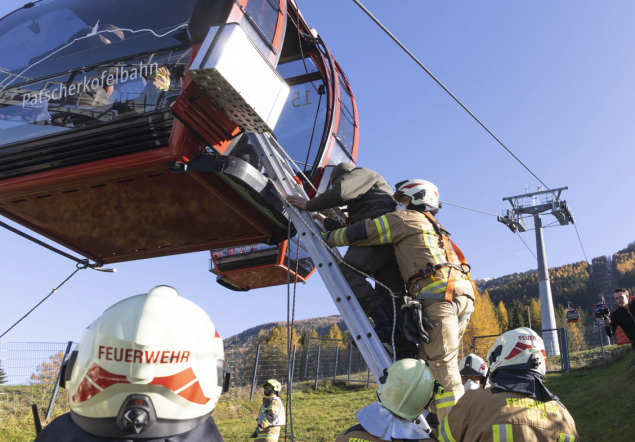 During the blackout exercise “Energie 21” in Tyrol, among other things, evacuation from the cable car was rehearsed State of Tyrol / The Photographers

The aim of the Energie21 exercise, which took place on Friday in several federal states, was to be prepared for an emergency at all times. Vienna in particular praised itself afterwards for being well prepared – but Austria’s most important blackout expert Herbert Saurugg has justified doubts. The reason: “Energie21” was only set up as a power shortage exercise, “a show exercise that had very little to do with a blackout,” he now criticized. The important core message of personal provision was hardly addressed. “It only works if as many people as possible make provisions for 14 days.”

A blackout could occur this winter

A power shortage situation is completely different from a blackout, where everything suddenly comes to a standstill and nothing can be organized anymore. “It then comes down to the immediate question of survival for many people. Unfortunately, that was not yet understood, ”says Saurugg, disappointed that the dangers are still underestimated despite intensive campaigns by the armed forces.

As recently became known in an ORF documentary on the subject of blackout, experts cannot rule out the possibility that this winter could already lead to a complete collapse of electricity, internet, telecommunications, water supply and public life in Europe for several days. Saurugg believes that in such a situation it is important that as many Austrians as possible take appropriate precautions. We recommend a supply of groceries as for a 14-day camping holiday.

The Austrian Armed Forces have prepared a comprehensive information folder on the subject of blackout. You can find the link here.

Have you already prepared for a blackout?

Most read
1
LifestyleModels sold to rich men: Top designer shocks with pimp statements
2
Political A bang in the chat affair: expert opinion exonerates Sebastian Kurz
3
CoronaWhat’s that supposed to mean: Mückstein flees after the lockdown announcement
4
Corona According to the new regulation, unvaccinated people are not allowed to go to church at Christmas
5
Political Lockdown: Again disagreement at the SPÖ
Tags: blackoutcriticizesDestructiveexerciseExpertpureshowverdict

For the second time: Ex-Chancellor Schröder loses in court against ex-wife

Reminiscent of “I.Robot”: Musk wants to develop robots with personality