Once not swum: Salzburg-LH attacked with full media broadside 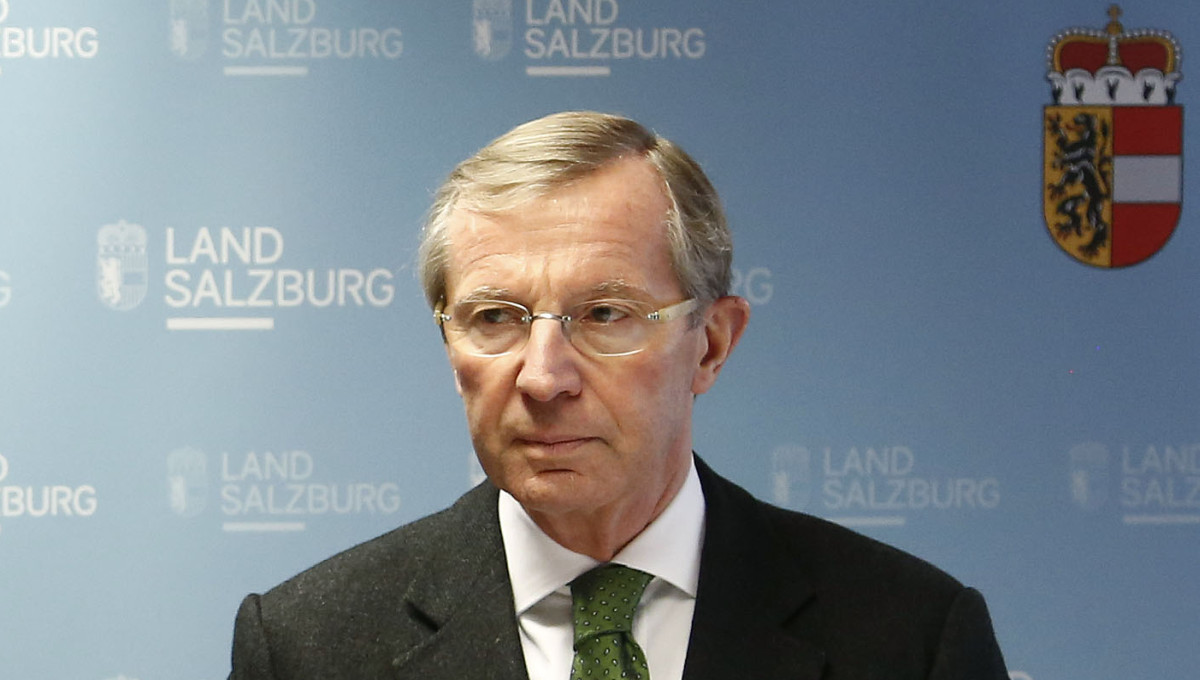 The ÖVP governor Haslauer is feeling firsthand what it is like if you don’t follow the given unified opinion. He evidently thinks little of a lockdown for his compatriots. He dared to make a little joke about virologists who want to lock everyone up. Bizarre: In the ordered and synchronized hate thunderstorm, which immediately went down from ORF to him, “experts” like the lead singer of a punk band are called up.

The established media are always so proud of their seriousness. It is always emphatically clean and neutral journalism that you can buy with taxpayers money, of course. In order to finish off the Salzburg governor personally and politically, everything that the public broadcasting corporation ORF and its willing accomplices have to offer was subsequently mobilized. In addition to the usual worn-out looking “complexity researchers” dwho share their wisdom with a touch of obesity and reddened eyes, offered the ORF as “experts” a certain “Marco Pogo”, lead singer of “Alkbottle”. The fact that the punk singer studied medicine at some point is correct, but it should be discussed among responsible citizens whether people who write the following lyrics and sing really pass as “Corona experts”:

Humtakataka… Bus!
Humtakataka… Bus!
(…)
Every day i ride on the bus
How I have to squat
(…)
Before I buy a license
I messed up all the money.
(…)
The bus leads around in a circle
Cut the oidn women around.

It may well be that some Austrians find such a band “funny”. I find them primitive. That is just a matter of taste. But it is quite astonishing that you have to let people like that explain to you that the statements of a governor would be “terrifying”. Personally, I find it frightening that public service television has become so debilitated that it declares such people to be “experts” while people who have worked in science and research all their lives are marginalized, discredited and ridiculed.

What has Haslauer said so terrible that one has to devote pages of hateful tirades to him?

He is “exaggerating a bit now”, said Haslauer – only to then explain that “the virologist” would prefer “if every single Salzburg citizen and Austrian is locked in a room because he cannot become infected and he cannot get anyone infect. Unfortunately, he will die from depression or starve or thirst ”.

ORF on the statement by Wilfried Haslauer, Governor of Salzburg, made on November 10th, 2021

Everyone is “shocked” and would have always known better

ORF expert for everything on call anyway, Peter Klimek, said “emotionally” he would be “shocked” because “virologists were ridiculed”. How good that Prof. Bhakdi or even the inventor of mRNA technology, Robert Malone, has never been ridiculed or otherwise denounced. As is well known, the ORF is uniquely emotional. Nothing helps if the molecular biologist Elling, who himself holds several mRNA patents, speaks of “fake news” and diagnoses a “symptom of helplessness”. (Read also: The media stir up panic about “new variant”: “Expert” calls for mandatory vaccination). Elling, who could also be described as an expert in fueling public fear and panic, said that politicians had turned down “smart measures” to prevent lockdowns. In the end, the virologist Von Laer Haslauer’s flippant joke had to be dismissed on request. The scientist seems more plagued and drawn from appearance to appearance on ORF. At the beginning of her work as an expert on ORF, von Laer tended to tell the truth in places. What coaching has taken place since then can only be guessed at (government virologist called vaccination for recovered people as “pedagogically” motivated).

In unison one conjures up the specter of the “many dead” who cannot be found anywhere in reality. There was no significant Covid-related excess mortality in 2020, nor will it exist in 2021. There is currently a very significant excess mortality among young men that is not due to Covid-19. Why this is the case, however, does not interest anyone at ORF. The fact that especially the elderly and people with serious pre-existing and secondary diseases die from Covid-19 is at best a footnote. To this day, it is completely unclear who benefits from the one-sided reporting that relies on fear and panic of a threat that is simply not visible to the citizens.

Side effects of the vaccinations are still hidden

In return, however, everyone now knows people who suffer from severe and long-lasting side effects after a vaccination. And almost everyone knows people who suddenly and unexpectedly developed severe heart conditions or cancer or even died from them. It would be time that the court and system media, above all the ORF, found an investigative journalism that seeks the truth openly. I do not claim that my opinion is true. But what I can say with certainty is that in my lifetime there has never been such brazen collective veiled, censored and lied to as it is today. In ORF, exactly one opinion is currently allowed, whoever deviates from it hits a steamroller – as Governor Haslauer is just about to discover.

Now that the ORF has dismissed all employees who do not undergo experimental gene therapy by the end of the year, Hopefully some angry whistleblowers will unpack about the machinations in this tax-financed juggernaut. We are all waiting eagerly: [email protected]

Missing vaccination: no qualification for educators in Burgenland?

Video leaked: This is how the F-35 jet crashed on the US aircraft carrier