The US will focus on domestic issues and China in the future. Europe is becoming a sideline, as France only recently had to experience painfully with the Australian “submarine deal”. Time for Europe to re-evaluate its relationship with Russia. The economic sanctions against Moscow, which have been visibly ineffective since 2014, cost European companies at least 30 billion euros in export losses every year. 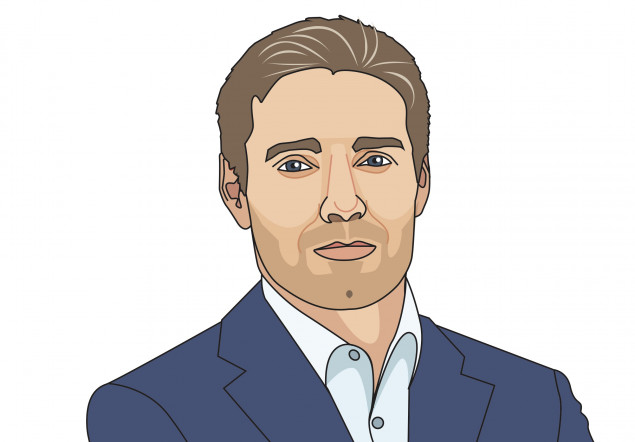 There was great jubilation in Europe when Joe Biden replaced Donald Trump as President of the USA in the last US elections. America would now resume its geopolitical role, and the stability that is so important for Europe’s economic development should once again become a reality.

Biden and Trump. Brothers in spirit?

To everyone’s surprise, Biden continued the “America first” policy initiated by Trump more consistently than his predecessor. Maybe a little quieter and gentler, but without any major changes in terms of content. The chaotic escape from Afghanistan came at an inopportune time for Europe. Because the EU is currently in a decisive phase of transformation. Corona, BREXIT and the sudden changeover to a climate-neutral economic policy coincide with uncertain political future decisions in Berlin and Paris.

China is putting Europe under pressure

At the same time, China has gained important positions in the global value chain of European and American companies. In addition, European companies are now being put under increasing pressure to relocate their production facilities to China if they want to play a role in the gigantic Chinese economic market.

Only Washington goes into full confrontation with Beijing. Meanwhile, the EU wants to “slow down, but not provoke” China. If it stays that way, there will be a further cooling off between the US and Europe. Because the USA will want to get the Europeans involved rather harshly for their rigorous policy towards China, but Brussels is not enthusiastic about it. The EU cannot and does not want to be drawn into the conflict between the USA and China. “We learned from Afghanistan”, one hears behind closed doors in Brussels.

Is the relationship between the USA and the EU cooling down?

It’s no longer a secret. The US focuses on regions that are of interest to it. And exclusively. American resources are only used when the goals are on the menu of US foreign policy. That will affect the EU politically, militarily and financially. Because almost 25 percent of the 42 US military bases are in Europe. Whenever Europe was weak in making decisions, the US intervened, as in the 1990s in Bosnia.

There are currently no signs that the US free trade talks with Europe will start again. Biden is thus continuing Trump’s protectionist policy and maintaining the punitive tariffs against steel and aluminum imports from Europe.

So it is only a matter of time before the USA, as Europe’s protective power, demands a greater contribution. The USA is flexible with this “contribution”: money, obedience to American trade and currency policy, or the purchase of American armaments.

Austria as “bridge builder for the world”

In all the turmoil, it would be high time to reflect on the currently troubled relationship with the Russian Federation. It is telling that European companies have suffered diplomatic failure for years. Europe is inextricably linked with Russia through common borders, common economic areas and a common history. Accordingly, it is time to renew the dialogue with Moscow and allow European companies to operate freely again.

Of course, the global importance of Russia can be downplayed. In fact, the Russian Federation is an important factor for Europe, and not just as a reliable gas supplier. The new Russian-German gas pipeline Nord Stream 2 will soon go into operation. The political situation in Paris and Berlin is currently changing. So it would be a good time to take up Austria’s role as a bridge builder again. After all, a few years ago the then SP / VP government invested around 600,000 euros in tax money in a nation branding concept. In August 2013, the Council of Ministers waved through the concept that Austria should position itself as a bridge builder for the world. Many activities were announced and subsequently with fascinating persistence not followed up. But our skills should at least suffice for the first diplomatic pillar of the bridge for the Brussels-Moscow route.

Most read
1
NewsAlready 30 fates: Dramatic series of heart problems in athletes
2
CoronaIs that correct? From Monday no more “recovery” status despite antibodies
3
CoronaExaminer raises serious allegations: When Biontech-Pfizer was approved, it was sloppy
4
PoliticalJustice affair: “At 3:24 p.m. a call from Klenk, at 4:26 p.m. the criminal investigation department came”
5
CoronaRising number of infections: virologist wants a short, hard lockdown for everyone
Tags: BernhardBrusselsViennaMoscowKrumpel

Why Iceland is successful despite high corona numbers