Now the next federal state is introducing 2G in night gastronomy!

Now the next federal state is introducing 2G in night gastronomy!

On Saturday, Lower Austria followed the example of several other federal states and announced tightening of the corona measures. Thus, from November 8th, a 2G obligation is provided for night gastronomy and major events of 500 people or more. 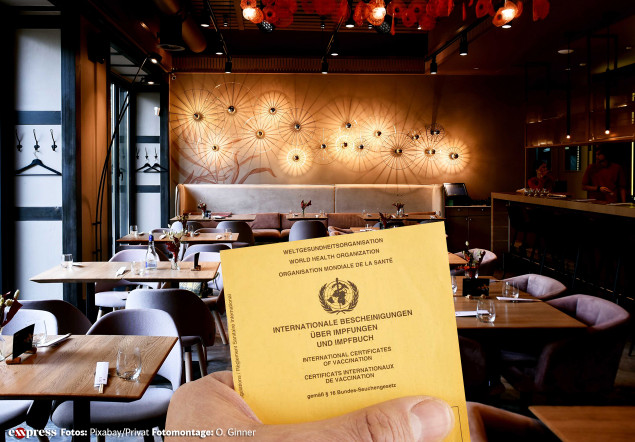 Also from November 8th, an FFP2 mask is compulsory in all shops as well as in museums and libraries. The reason for the step was, among other things, the situation in the hospitals. “According to statements from our responsible persons in the Lower Austrian State Health Agency, it can currently no longer be ruled out for some areas that routine operations will have to be postponed in the foreseeable future,” said State Vice-President Pernkopf.

In Vorarlberg, the corona situation is to be reassessed at the beginning of the week with regard to new tightening. This depends on the development of the seven-day incidence and the situation in the hospitals, said Health Councilor Martina Rüscher (ÖVP) the ORF Vorarlberg on Saturday. No increase can currently be observed in the intensive care units, but it can be observed in the normal wards. Should one decide on further measures in the Vorarlberger Landhaus, one will orientate oneself on those that other federal states have already planned. However, the exact design depends on the Vorarlberg corona numbers, announced Rüscher.

Attempted Rape: Who Knows This Man?