The fact that the 2.5 G regulation in the workplace will apply from November 15, as Health Minister Mückstein announced on Friday evening, is causing waves in the reader forums. Many see this as a pointless chicane. The 2.5 G rule means: vaccinated, recovered or PCR-tested. 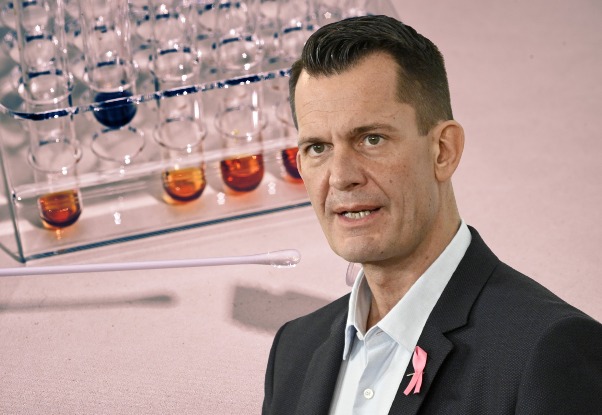 Rarely has a political measure garnered a comparable flood of indignant reactions from eXXpress. They range from “chicane” to “I’m not participating anymore”. It is about the announcement by Health Minister Wolfgang Mückstein (Greens) to introduce the 2.5G rule in mid-November. From this point in time, when 400 intensive care beds are expected to be occupied by Covid patients, antigen tests are no longer valid as test evidence. Unvaccinated people then have to show a current PCR laboratory test. The angry response to this was enormous.

“Nobody knows any more anyway. 3g, 2g, plus minus?!? Every federal state is different, Vienna and always different, ”says one reader. “Now 3G does not even apply in the workplace and it is tightening to 2.5G,” comments another. “Chicane through and through!” Writes another, and again another: “I’m not going to take part any more”.

The now confusing multitude of restrictions since the outbreak of the corona pandemic and the lack of prospect of an end – which had previously been announced several times – frustrates many. “Fed up with the pointless measures”. And: “Now the measure is full! We have already put up with too much! ”Writes one reader. And: “We cannot vaccinate the virus away from us. The virus will always be with us. Just like on influenza and co. “

“No Christmas trees for the unvaccinated?”

In fact, many now doubt the meaningfulness of the resolutions. “It’s a real puppet show. So you can only achieve one thing, long sick leave and layoffs. ” The fact that only unvaccinated people have to be tested with the PCR test also makes some angry: “It’s all going too far. The vaccinated must also have them tested. That is discrimination in a democracy. “

Some try their hand at sarcasm: “From November 30th. Christmas markets only for vaccinated people and from 15.12. no Christmas trees for the unvaccinated. Advent is full of surprises and a big mess of presents until December 24th. Preferably 1G: mulled wine every day ”.

However, there are also voices among the outraged shouters who show understanding for health policy measures and a lack of understanding for the negative attitude of many citizens. “As always, the Austrians complain at a very high level and have luxury problems,” says one reader. “Nobody is forced to live in Austria. There are countries where people are not given vaccinations and the like. In India, for example, many would certainly be happy to have a vaccination, hospitals, etc. If everything is so horrible here, yes, then it works! Your chronic dissatisfaction is now unbearable. “

One commentator wrote: “The logic of the 72 h validity of the PCR test is incomprehensible. The next day you can be positive again. Likewise, a great many people who have been vaccinated are also infected. ” Another replies: “The logic is based on the fact that even minimal traces of virus RNA can be detected in a PCR – sometimes even fragments are sufficient that are not yet sufficient for infection. With the antigen test, however, microbiologically speaking, significant amounts of virus are required to be able to become positive at all – at this point in time you are almost certainly contagious! “

Some readers also criticize the Austrians’ low willingness to vaccinate. But most of the readers’ reactions were simply incomprehension and anger about measures in which they increasingly see a permanent control.

Summertime is coming to an end: clocks are being changed again

Carinthia starts its own vaccination day for schoolchildren

The UN is now promoting it: Europeans should bequeath money to refugees