This indomitable US Senator stands up to Greta

This indomitable US Senator stands up to Greta

Just before the World Climate Conference in Glasgow, which begins at the end of the month, Biden’s most ambitious climate protection plans now threaten to fail because they are torpedoed by a single party colleague: Senator Joe Manchin. 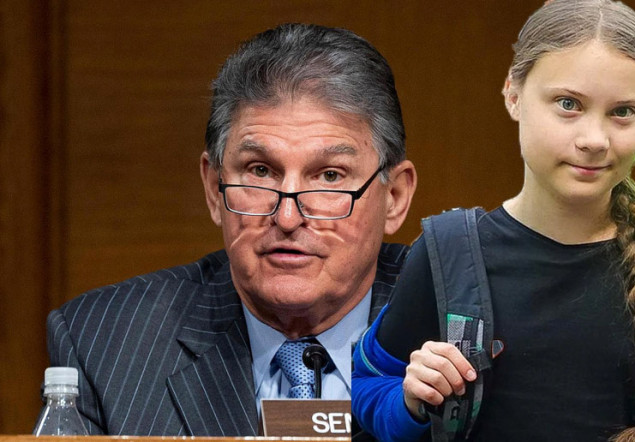 His role as tipping the scales makes the West Virginia senator one of the most powerful politicians in Washington today. Manchin is still largely unknown internationally. The fact that the name of his relatively small and underdeveloped state is more recognizable abroad than his own is probably due to the song “Take Me Home, Country Roads”. West Virginia is the second largest coal producer in the United States, but only 1.8 million of the approximately 330 million Americans live there. Less than 20,000 people in the US state work in mining. Manchin’s stance on blocking could have consequences for the world’s population. “He plans to destroy Biden’s climate plan and thus the chances for rapid global progress,” wrote environmental activist Bill McKibben recently on Twitter. “This is high on the list of the most momentous measures ever taken by a single Senator; the effects of this vain man will be seen in the geological records. ” The magazine “Rolling Stone” puts it in a more poppy but no less dramatic way: “Joe Manchin has just cooked the planet”, it said there – and that was not meant in a figurative sense.

Biden is currently struggling to get his most important proposition since taking office through Congress. The two legislative packages provide for the expansion of infrastructure and social benefits, but by no means only: “Together they contain the most important climate protection measures that the United States has ever taken,” wrote the New York Times. Manchin wants to prevent one measure in particular – the most important in terms of climate protection: a program for “clean electricity” with a volume of 150 billion dollars (129 billion euros), which would reward suppliers for expanding such power sources and otherwise punish them.

Biden is threatened with failure

The United States is extremely important in the fight against climate change: it is the world’s largest economy and – after China – the second largest emitter of CO2. On his first day as president, Biden initiated the return of the US to the Paris climate agreement, from which his predecessor Donald Trump had withdrawn. Since moving into the White House, Biden has been calling on other governments to step up their efforts to protect the climate and to follow the example of the US. But if Biden can’t even get his own plans through Congress, that should significantly weaken his position at the World Climate Conference in Glasgow.

Should Biden arrive empty-handed, it would be “bad for US leadership, bad for talks and catastrophic for the climate. Just catastrophic, ”warned Democratic Senator Sheldon Whitehouse in the Guardian. Whitehouse also said, “The vast majority of Senate Democrats understand that this is our last chance to act.”

In just over a year there are congressional elections in the USA, then it could be over with the narrow majority of the Democrats in the Senate and the House of Representatives. Ambitious climate protection bills against a Republican-controlled Congress will then be unlikely to be implemented by Biden – especially not if he were to fail against his own party by now. (APA / red)

Yes I do! Paul Walker's daughter stepped in front of the altar

Criticism of the head of the ECB live on TV: “We printed too much money and didn’t think about the consequences”

Royal job advertisement: Looking for a man with a green thumb!