In winter 2021/22, the balance between speed and technical races in the Alpine Ski World Cup, which has long been demanded by athletes, will become a reality. At least according to the calendar, because no one can predict weather-related cancellations. The start will be on the weekend on the Rettenbach Glacier above Sölden in front of spectators with a giant slalom each for women and men, the final will take place as a World Cup dress rehearsal from March 16 to 20, 2022 in Courchevel / Meribel (FRA). 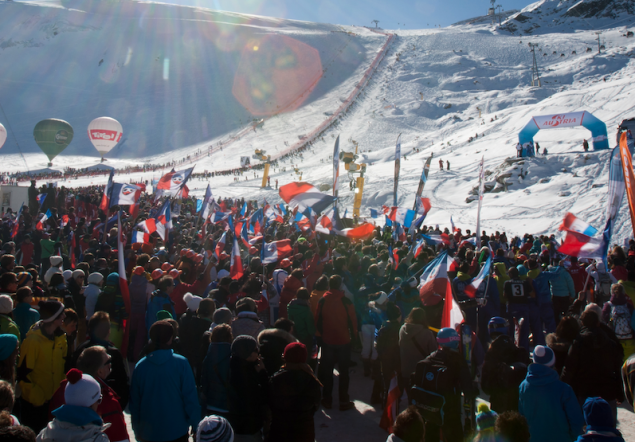 In the Nations Cup, Switzerland wears the red jersey after two triumphs in a row over Austria, in the women’s and men’s ratings the ÖSV also lost out to Swiss Ski. After their debut successes, the defending champions in the battle for the big crystal ball are the Slovak Petra Vlhova and the French Alexis Pinturault, the best Austrians last season were Katharina Liensberger from Vorarlberg in fifth and Marco Schwarz from Carinthia in third.

The circle of contenders for the big balls has not been as large as it has been for a long time, although the above-mentioned also include the American Mikaela Shiffrin and the Swiss Lara Gut-Behrami and Michelle Gisin or, on the men’s side, their compatriot Marco Odermatt. It remains to be seen how quickly 2019 winner Aleksander Aamodt Kilde from Norway will be back in top form after his cruciate ligament rupture. Just like the speed aces Matthias Mayer and Vincent Kriechmayr will use the theoretically increased chance.

Because if the overhang of technical races was too big in the past that the pure high-speed drivers were already virtually behind at the World Cup starting line, it is now an open mass start. The women drive nine races each at a total of twenty locations, the men eleven downhill runs, seven super-G, eight giant slalom runs and ten slaloms on 18 locations, which adds up to 18 competitions on the speed and technology side. There is also a parallel race in Lech / Zürs in mid-November. The Alpine combination was canceled.

Fans return to the racetracks

The other Austrian stations for slalom World Cup winner Liensberger and Co. at the end of December are Lienz with a giant slalom and a slalom, and in January the night slalom in Flachau and a descent and a Super-G in Zauchensee. Double world champion Kriechmayr also leads the speed entourage on two runs in Kitzbühel in January, slalom ball winner Schwarz leads the gate runners in one slalom each in Kitzbühel and Schladming.

After a season largely without spectators, the fans return to the racetracks, in Sölden there are 7,000 on Saturday for women and 9,000 on Sunday for men in Sölden, plus the day ski guests. The bladder system, which separates athletes, media and fans, for example, remains upright. Alpine skiing is still a long way from the old normal, but maybe it will never exist again. Because a reform is looming that could bring about big changes.

Former ÖSV President Peter Schröcksnadel is Vice President of the International Ski Federation (FIS) and head of the new Alpine Future Vision Group. And the 80-year-old has quite innovative ideas, ranging from evening technology races at the beginning of the week, indoor competitions in Dubai to world championships in summer under one roof.

If the Alpine Combined could finally be history after the Olympics in Beijing, discussions about the Super-G keep coming up. A discipline in which the Austrians are traditionally very strong. “I am a supporter of the Super-G and would find it brutally a shame. You visit once and then give full throttle, it’s a difficult and interesting competition, ”said ÖSV men’s racing director Andreas Puelacher.

This is how your garden becomes really green: Open your eyes when buying earth

Oh Heidi! In addition to Ms. Klum, the sun is even fading