The Burgtheater scandal: uprising of the decent against chat reading

The Burgtheater scandal: Now the decent uprising against the chat reading

A limit of the bearable was exceeded: The alleged suspects in the current political crime, who have not yet been charged, against whom there is not even concrete evidence, were mocked with their chats to the fun of the Burgtheater audience. This shocking prejudice piece, which is reminiscent of the show trials of the French Revolution, outraged hundreds of eXXpress readers. 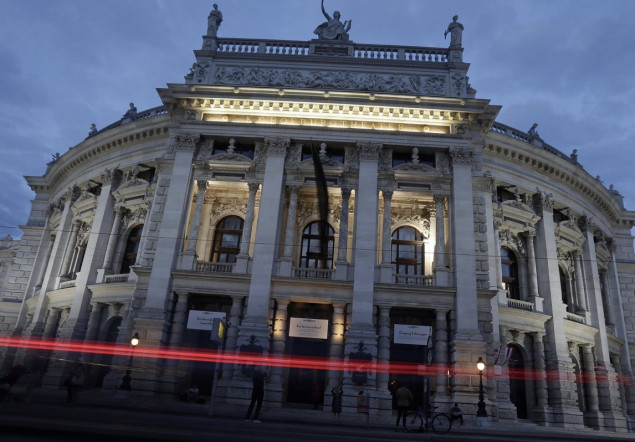 The Burgtheater as a tribunal financed with taxpayers’ money? Hundreds of eXXpress readers are outraged.WHAT

Now the investigator journalist Gerd Schmidt is also getting involved. He is a weekly eXXpress studio guest in “Schmitt & Schmidt”, as well as publisher and editor of eu-infothek.com. His comment:

“Secret, mostly private chats are presented to the public without regard to our basic and human rights, data protection and the confidentiality of letters. This new low point for Austrian democracy calls for intervention by Federal Minister Dr. Alma Zadic. As I recall, she promised some time ago that she would prevent further private chats from being published.

It is also noteworthy that those affected, including the ÖVP, allow themselves to be executed in public without taking any legal steps to which they are entitled, such as an application for an injunction, lawsuits and criminal charges for credit and reputational damage, etc. Well-known lawyers are amazed at this harmful and truly cowardly approach to burying one’s head in the sand, also for the entire population – because of the exemplary effect. “

In the eXXpress forum there were comments. The horror is great. “All dams have been broken!” Says one eXXpress reader. Another explains: “Theater-art is limited to underhand polemical agitation”. What particularly annoys many eXXpress readers: The Burgtheater is financed with their tax money. Another commentator added: “As a taxpayer, I demand the immediate suspension of all subsidies for the Burgtheater”. Another observer sees another institution challenged on this point: “The WKStA should actually take action to investigate the use of tax money for party propaganda.”

The approach and type of staging are just as disgusting: “I’ve never been a short fan and do NOT defend it. What the Burgtheater stages here is reminiscent of the darkest times. It disgusts me.” Another reader: “After the film, now the reading. There’s something about these tribunal sessions. “

Another eXXpress reader had an original idea after all the revelations about sexual assault in the culture industry: “Of course, you could also read out in-theater communication, chats and rumors on the subject of sexual harassment at the theater by directors or abuse of power by princely-paid directors. There has been a lot to hear and read over the past few months and years, from Berlin to Tyrol. But the ‘morality’ of theater people is exhausted in being vigorously indignant about others, and being meekly silent about one’s own filth and misdeeds. “

Most read
1
PoliticalCorona uprising by Austrian doctors!
2
CoronaCorona and flu: Are we now threatened by “twilight chemistry”?
3
LifestyleIn the aftermath: Mob attack against “Dancing Star” judge Sarkissova
4
PoliticalThe ÖVP is looking for a plan: “Our problem: we can’t be that dirty”
5
CoronaAccording to our doctors: Now also Corona uprising by Swiss doctors
Tags: Burgtheaterchatdecentreadingscandaluprising

Robbery on the train: The police are looking for this man

The Schallenbergs: They have served rulers in need for more than 400 years

These tightening of the corona will apply in Vienna from Friday

More and more vaccinated people among the “corona dead”!