According to its own information, Qatar has taken in around 100 soccer players and their families. According to the British media, there are also a number of players involved in the women’s national team. According to the reports, the world association FIFA worked closely with the Qatari government to enable the footballers to travel to the emirate. 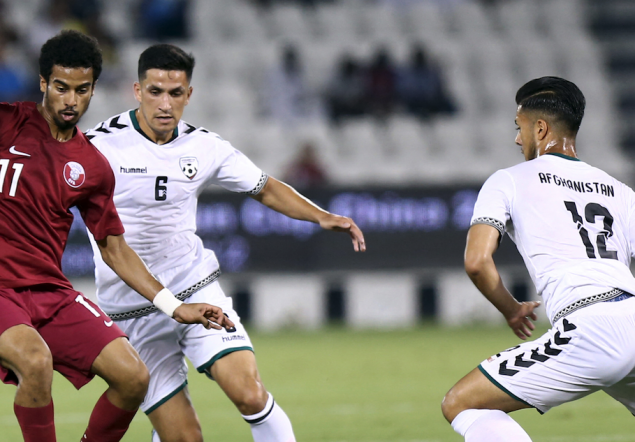 According to its own information, Qatar has taken in around 100 football players from AfghanistanAFP

As Qatar’s Foreign Minister spokeswoman Lolwah Al-Khater wrote on Twitter, the eighth plane from Kabul arrived on Thursday with a total of 357 passengers.

Since the Taliban came to power, Afghan women athletes in particular had feared not only about their sporting future, but also about the chances of good professional training. Portugal has now taken in female soccer players from the national junior team, while Australia has evacuated more than 50 Afghan women athletes and their families. According to its own information, the UCI, the world cycling association, also helped evacuate 165 Afghan refugees, including female cyclists.

Most read
1
NewsIt’s getting cold: These three federal states now have to prepare for snow
2
PoliticalPolitical crime thriller: Ex-Foreign Minister Karin Kneissl has left Austria
3
PoliticalAbsolute web hit: the cheekiest wink for the new chancellor
4
PoliticalSPÖ adviser promised: “Make sure that nothing legally happens to you.”
5
PoliticaleXXpress exclusive: THAT says the prosecutor about the political crime thriller and Kurz-Sturz
Tags: acceptsAfghanistanplayersQatarsoccer

Massive suspicions: This is how the election fraud worked

Bundesliga: Austria secures third place – Rapid has to go to the play-off

Burqa is not enough: According to the Taliban, the university is “not a suitable environment” for women

Australian Open: Karolina Pliskova has to cancel due to injury

Ad corruption? Again almost only advertising from the City of Vienna & ORF in “Falter”