Dzogchen: What it is, how it is practiced and what its precepts are

It Dzogchen, in the Buddhist tradition, it represents the state of deep and natural awareness Of the mind.

The name also indicates the set of teachings aimed at reaching this particular state, which Buddhists define as the definitive path towards theLighting. It is also often called And yoga, the highest yoga, and is a central teaching of the Buddhist tradition Nyingma.

In this article we will discover in detail what Dzogchen is, its origins, its precepts and how to reach this level of mindfulness.

The term Dzogchen comes from the Tibetan language and is composed of the root rdzogs (perfection, success) and from chen (large, complete). The most common translation attributed to it in our language is that of Great Completeness, which also suggests the inherent perfection of our mind.

The Tibetan term Dzogchen is nothing more than an interpretation of the Sanskrit word mahāsandhi, and it is also used to refer to primordial yoga, in Sanskrit And Yoga.

It Dzogchen it is closely linked to meditation: it is in fact a advanced method of meditation which explores deeper and more complex levels of the mind. When it comes to “mind”, Dzogchen refers to themental activity continuous and frenetic that leads us to interact relentlessly with the world around us and with our own thoughts.

Although it is generally associated with the Nyingma, the Ancient School of Tibetan Buddhism founded by Padmasambhava, Dzogchen has been practiced over the centuries by the masters of all the different Buddhist schools. 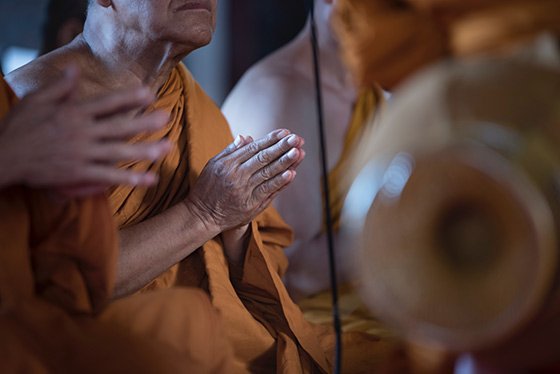 We know very little about the history and origins of this tradition as it developed both in lineage Buddhist than in the native one Well, a pre-Buddhist religion practiced in Tibet.

Most of the Buddhist stories related to Dzogchen, however, begin with the figure of the teacher Padmasabhava and his popularization of Buddhism in Tibet during the second half of the eighth century.

Dzogchen began to take shape around this time, under largely unknown circumstances, although its subsequent development was clearly a Tibetan phenomenon drawn from different spiritual traditions such as the Chan Chinese, the Buddhism Indian, the Taoism, the Saivismo tantric and indigenous religions.

The history of Tibet before the 7th century AD is difficult to determine. According to a series of texts found in Dunhuang dating from the seventh to the tenth century, Tibet was ruled by a lineage of kings, who founded a system of laws that reflected thecosmic order of the sky. As a literal descendant of heaven, the king was the embodiment and protector of the cosmic order and the welfare of the state. The stable presence of the king on the throne thus ensured harmony in the kingdom.

It was Padmasambhava, aided by the two Indian masters Vimalamitra e Vairocana, to pass on to the king, who had formally invited the presence of Buddhism in Tibet, the first Dzogchen teachings. Later another key figure in the Dzogchen lineage, a monk named Vimalamitra, was invited by the king to transmit further Dzogchen teachings in Tibet.

The doctrine arrived in our latitudes at the beginning of the 20th century with the first publications on Tibetan Buddhism in the Western world. One of the best known on Dzogchen was the so-called “Tibetan Book of the Dead”. Dzogchen then spread widely outside Tibet thanks to the Tibetan diaspora, starting with the Tibetan exile of 1959.

According to the Bon tradition, Dzogchen originated from the founder of this spiritual current, the Buddha Tonpa Shenrab Miwoche, who lived 18,000 years ago, ruling the kingdom of Tazik, which is supposed to be west of Tibet. He then passed on these teachings to the region of Zhang-zhung, the extreme western part of the Tibetan cultural world. 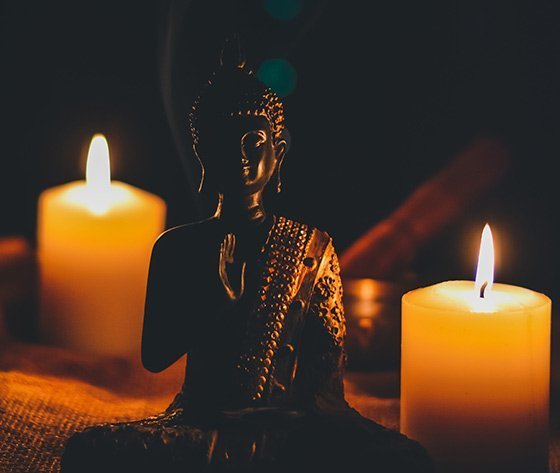 Dzogchen is it primordial state (or natural condition) of the mind.

According to this doctrine, the ultimate nature of all sentient beings is the pure primordial clarity, all-encompassing and timeless. This intrinsic clarity does not have a form of its own, yet it is capable of perceiving, experiencing, reflecting and expressing all the forms that surround it. It does so without being influenced by them permanently and permanently.

The analogy most often offered by Dzogchen masters is that our true nature is like that of one mirror that accurately reflects what is in front of it, but is not affected by reflections, or one crystal ball which takes on the color of the material on which it is placed or of the light that passes through it, without itself being changed.

To use a more modern analogy, we could think of our mind as one screen upon which thoughts are projected. We live our thoughts, but these do not change our nature and do not represent our true essence, as we are the immutable canvas on which they follow each other.

The knowledge that comes from recognizing this mirror-like clarity is what it is Dzogchenpa (Dzogchen practitioners) call rigpa.

Once we reach rigpa, the natural state, we are no longer influenced by our selves thoughts and we reach a higher state of awareness that brings us closer to enlightenment.

Dzogchen represents the first (and highest) of the nine yāna (vehicles for liberation) of the Buddhist school Nyingma. Being the highest of vehicles it is also the simplest, as its essence is the purest and clearest form of meditation.

Dzogchen is a difficult state to put into words or understand before it is experienced firsthand, so it is thereA practice is traditionally based on a relationship with a guru or a long which gives specific instructions to its students. This is not because it is an elitist or particularly complicated practice, but to prevent the student from falling into erroneous beliefs that would divert him from achieving rigpa.

The Dzogchen teachings emphasize the naturalness, the spontaneity and the simplicity.

Even if it is an integral part of the Buddhist philosophy, masters often emphasize the non-religious character of dzogchen: it is our primordial nature, which has existed since the beginning of time regardless of any religious belief. 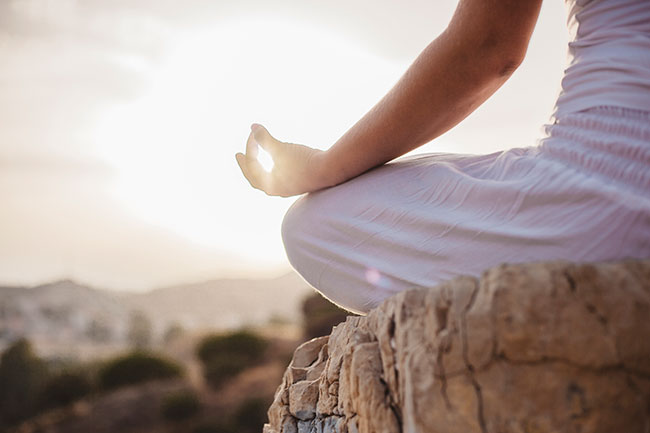 Dzogchen does not invite to “block” thoughts, nor to try to modify them, nor to transform them. We simply have to to observe the mind, noting how thoughts arise, remain and disappear.

The moment we become observers of what happens in our mind, without interfering, getting involved or trying to change our thoughts, we get closer to the natural state, a deep and clear awareness.

Dzogchen represents the purest and most crystalline state of mind, the vehicle to one deep meditation and completes it abstraction from thoughts, without fighting them or trying to modify them.

Although it is difficult to summarize its history and its precepts with simplicity, especially for those who do not practice Buddhism, it is a path that is independent of religious belief and that allows us to reach a full and complete awareness.

Techniques to memorize: 4 strategies to not forget anything! | Vikendi

Enjoying Life Slowing Down: 7 Strategies for Finding the Right Rhythm

Yoga and Meditation in the Entertainment World

Positive thought? Find Out If It Really Works | Vikendi

Spring: How to best live it with Chinese Medicine and Yoga

Bomb deal: Sony movies will go straight from the cinema to Netflix

Prince Philip Has Transferred Hospitals, Is Being Treated for Infection and Pre-Existing Heart Condition

Are you sure want to cancel subscription?