Yoga and Meditation in the Entertainment World

The last year has shown us, in case there was still a need, that the constant search forinner balance and a marriage between mind and body is much more than just a passing fashion.

The more stressful and repetitive our days become, the more we feel the irrepressible need to take one moment of pause, to relax the muscles or just simply to reconnect with our thoughts, putting problems and difficulties in the right perspective.

Gods benefits of yoga and meditation a lot has been written about sportsmen and it is no coincidence that an almost boundless number of professionals of any discipline rely on techniques that derive directly or indirectly from these disciplines in order to improve their performance.

The same goes for the entertainment world, another work environment with a fast pace and stress very often difficult to manage.

The question arises: who are the most distinguished ambassadors of the meditation and of yoga among celebrities? In this article, we discover six show business personalities who routinely use these practices, along with the benefits they derive from them in their personal and professional lives.

How to stay calm and cool during an interview with the Principe Harry e Meghan Markle? Simple, with twenty minutes of meditation twice daily.

The queen of American television Oprah Winfrey she is in fact an assiduous practitioner of transcendental meditation, a form of meditation that exploits the repetition of a mantra (eg “Om”) as an object of concentration, to bring the mind to full awareness.

This type of meditation was the focus of several scientific researches in the 1970s, which confirmed its beneficial effects against anxiety and tension.

In an interview with the actress and comedian Amy Schumer of 2018, Oprah had admitted that meditation was “The best choice of his life”.

Matthew McConaughey getting his #yoga on.. enough to inspire anyone to get backbending! HBY loves more men at #Bikram ! pic.twitter.com/hteILicP

The Texan actor Matthew McConaughey is a huge fan of Bikram Yoga, a discipline that is generally practiced indoors, in environments with temperatures that can even exceed 35 degrees. The duration of the workout? A good 90 minutes.

Discipline, appreciated also by Lady Gaga, It’s composed by 26 pose (24 asanas and two breathing exercises) designed forincreased muscle tone. The temperature and high humidity (40%) aim to recreate the Indian climate, the place where this technique was developed. They were conceived in the 1970s by Bikram Choudhury, from which the technique takes its name.

“Yoga gives me both strength and greater flexibility. It adds that something extra to the feeling of well-being that also comes from running or doing sit-ups … “

Meditation with Miley should be a daily thing on #BrightMinded @MileyCyrus 🦋✨🌈💕 pic.twitter.com/5axvNiwuXC

Among the unexpected fans of meditation there is certainly Disney Channel’s ex-enfant prodige pyrotechnics, Miley Cyrus.

In a recent interview with Elle Magazine, the singer revealed how the meditation be his secret weapon in view of the most important interviews.

“I try to meditate the night before each interview, trying to focus on what my goal is. What I would like people to say about me. ” 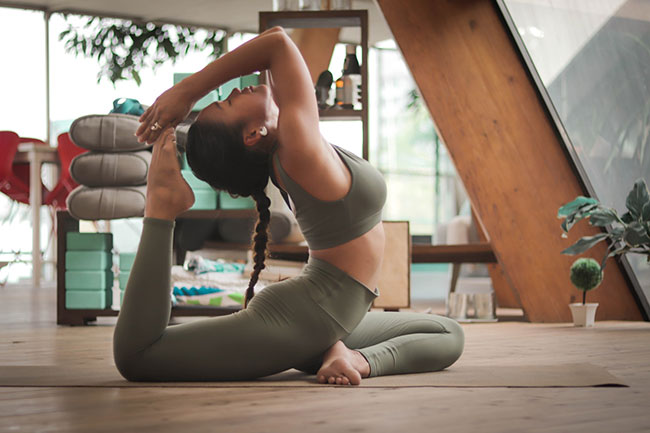 The passion of Sting for it yoga is very long-standing, long before this practice became popular.

The former Police frontman has repeatedly told how yoga, especially in form Ashtanga, was the secret of the success of his thirty-year marriage with his wife, Trudie Styler, as well as reiterating how the constant practice of this discipline has helped him to remain fit from a physical and mental point of view during the tours.

“Yoga is a great way to counterbalance the issues of touring life, giving peace and balance to what can often turn out to be an alienating life.”

So the singer commented, admitting that even during the most pressing tours he can never give up his moment of yoga and meditation during the day.

The Italian American artist Lady Gaga he has repeatedly confirmed that meditation is fundamental for his emotional and mental stability.

An enthusiasm for the discipline that has recently prompted the singer to organize one on Instagram 20 minute meditation session.

“If you feel like meditating with me, I will explain how important meditation is in my life.”

This was the caption of the post on the famous social network.

The former footballer Ryan Giggs, one of the greatest athletes in the history of the Premier League and of European football in general, has confessed on more than one occasion to practice yoga assiduously.

An interest that arose quite accidentally during his career in an attempt to recover from an injury in the best possible way.

The footballer, capable of playing at a very high level up to forty, has only one big regret:

“I just regret not having started practicing yoga since the beginning of my career.”

The footballer then repeatedly told how through yoga he managed to create one sequence of stretching exercises capable of increasing resistance to certain muscle injuries.

These are just some of the most illustrious personalities who have publicly declared their love for these disciplines over the years.

Thanks to their testimonies and example, many people have been inspired to approach both yoga and meditation.

In a world where we often tend to demonize success, sometimes imitating or taking a cue from celebrities can bring a positive turn in our lives.

Dzogchen: What it is, how it is practiced and what its precepts are

Techniques to memorize: 4 strategies to not forget anything! | Vikendi

Enjoying Life Slowing Down: 7 Strategies for Finding the Right Rhythm

Positive thought? Find Out If It Really Works | Vikendi

Spring: How to best live it with Chinese Medicine and Yoga

Magic The Gathering Arena for mobile is what I wanted

How to create a remix of Reel, the TikTok duos on Instagram

Offer: you have the Huawei Band 4 for less than 20 euros

Your Everything-You-Need-to-Know Intro to Candle Magick

We Ranked the Best Colors to Paint Your Living Room

Are you sure want to cancel subscription?